Wharton Stories » From Technologist to Business Operations Leader: How This EMBA Alum Used Wharton’s Executive Coaching and Feedback Program to Make the Transition

From Technologist to Business Operations Leader: How This EMBA Alum Used Wharton’s Executive Coaching and Feedback Program to Make the Transition

One of the hottest industries in the U.S., fintech is reshaping the finance sector — and Shivaraman (Shiva) Ramachandran, WG’18, is helping shape this industry. A new graduate of Wharton’s MBA Program for Executives, Shiva recently took on a program management role in hardware business operations, closely tying in with company strategy, at payment processing and point-of-sale solutions company Square in San Francisco.

“It is a newly created strategy role, which integrates several functions like program management, logistics, product management, and metrics with strategy and innovation,” he explained. It’s also exactly the type of role Shiva had his eye on when he came to Wharton’s EMBA program.

His long-term goal was to transition from technologist to corporate strategy leader. Taking advantage of the Executive Career Coaching offered in the EMBA program and the Executive Coaching and Feedback Program (ECFP) in Wharton’s McNulty Leadership Program helped him accelerate his success.

“All of the concepts I worked on with my coach helped me to transition into my current position. It’s never one thing that gets you to the next point on your career path, but this program was integral to moving forward on my path,” Shiva said.

Available — and free — for all Wharton MBA students, the ECFP is modeled after executive coaching programs at leading corporations and shaped by scholarship and best practices in the field. The program provides students with one-on-one coaching from a seasoned executive coach through Wharton’s Leadership Program to build self-awareness and identify leadership strengths and opportunities for development.

“Going into the EMBA program, I assumed I could get coaching just by talking to other students. It’s true that you can get a lot of valuable feedback that way, but this program connects you with a trained coach. It’s the like the difference between  learning about finance from a friend in finance versus a Wharton finance professor,” Shiva said.

“Most EMBA students are in roles where we make tough decisions, and I wanted to learn from a coach how to make better decisions as a leader. I wanted a coach to teach me the process of decision-making, which I knew would benefit me for the rest of my career.”

4 Lessons He Learned from the Executive Coaching and Feedback Program

The first step in the coaching process was to obtain peer feedback. Shiva selected a friend as well as a few classmates he had worked with on projects and some who only knew him through class interactions or outside of class. “I wanted a mix of perspectives to provide a range of data for my coach,” he said.

Throughout his sessions with the coach, Shiva came away with several important lessons:

From the start, Shiva learned the importance of opening up to people and proactively seeking feedback about challenges in the workplace. “At our first session, we talked about how to improve an unsatisfactory situation whether it’s a team deliverable or feeling stuck in a particular function in your career.” he said. “I learned how to be more comfortable talking about these kinds of issues to get feedback and ultimately make decisions that would serve long-term career goals.”

Shiva and his coach also talked about how to approach a problem or issue from a different angle. They discussed Shiva’s desire to change his career path as an example. Instead of looking at it as a problem to solve, Shiva’s coach encouraged him to reframe it as a question about how he could make a bigger or different impact. Reframing it that way made it easier for Shiva to discuss his interests and obtain feedback.

“Most people in the EMBA program want to do more than what they’re currently doing and make a bigger impact. That isn’t a negative, but rather a positive. After all, we are spending time and money to improve ourselves so that we can do more,” Shiva said.

Next, Shiva and his coach came up with an action plan. “We talked about who I should speak with at my company and how to have those conversations, and then we analyzed those discussions,” he said. As a result of his conversations at work, Shiva had the opportunity to help different groups with strategy projects. “My coach helped me navigate this process, which was great for my long-term career growth,” Shiva said.

Throughout the program, Shiva discovered the importance of developing emotional intelligence (EQ) as a key leadership skill. “As we move up in our careers, we need more than technical knowledge. We also need to be able to work with people and be part of a team, which is where having a strong EQ comes into play. It’s an easy thing to say you need, but not necessarily easy to have. This coaching program develops your EQ and makes it stronger, which is important because EQ is what separates high-level leaders from mid-level leaders. EQ is something everyone can learn and improve.” 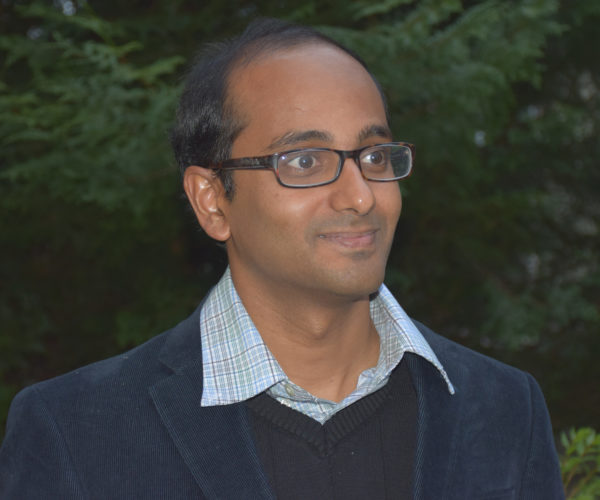