Jaime Miranda, WG’19, relied on a structured approach to studying for the GMAT and working with a math tutor to achieve her goals.

With a lifelong passion for horses, Jaime Miranda, WG’19, planned to run a dude ranch in the Midwest before she discovered another passion in college: the hotel industry. After graduation, she moved to Washington, D.C. to work for Marriott, however her husband’s job soon took them to Las Vegas, and she joined the staff at The Venetian.

Fourteen years later, she’s still at The Venetian, where she’s worked her way up from front desk manager and director of group operations to her current role of executive director of hotel operations, overseeing front office, concierge, call center and VIP.

Along the way, she thought about getting an MBA, but with three young kids she needed to make sure the timing was right. “About two years ago, I decided I wanted a new challenge,” she said. “My kids were seven, four, and three and I knew life would only get more hectic, so I decided it was now or never.”

Looking at West Coast EMBA programs, she was happy to find Wharton’s campus in San Francisco. “I wanted to get my MBA from the best school possible and Wharton is the best. I was excited, but also scared because I needed to take the GMAT and I hadn’t taken a test in close to 15 years,” she said.

Jaime came up with a GMAT strategy. She looked at the average scores for Wharton and set a goal for a minimum score. “I didn’t have any context to know how I would do on the test, but I knew I didn’t want my score to keep me out, so I set a baseline goal. If I didn’t achieve that baseline, then I would take the test again.”

The next step was to start studying. She began on her own, but soon realized that she needed more structure and enrolled in a weekly class with an instructor, who assigned 8–10 hours of homework between sessions.

“It was hard. My home office overlooked my backyard and I would see my family playing and I had to keep trying to learn a math concept that I hadn’t seen since high school. But I was determined to achieve that baseline score, so I kept going. It was eight weeks of intensive studying,” she said.

Studying for the GMAT was a “reality check” for Jaime because it gave her a taste of what school would be like. “I kept asking myself if it was worth the investment of time. The answer was always yes.”

After breaking her baseline score, she applied to Wharton’s EMBA program and was accepted. However, she was encouraged to take Wharton’s online math boot camp prior to starting. She also took a second online math course on her own.

“I’m not a quant person and the math required is hard. Studying for the GMAT and taking the boot camp took me out of my comfort zone, but studying helped prepare me for the first year of school. I continued working with Mike Gipe, Wharton’s boot camp instructor, in his weekly online review sessions in the first year and that really helped,” she said.

All that hard work was worth it. Since starting the program, Jaime took on responsibility for two more departments at the hotel. “My classes helped me better understand some of the strategy, models, processes and ways of thinking so that I can add more value.”

The program also helped her with time management. “I lived the last two years in two-week sprints. I’m trying to take that approach forward because it helps me to be more productive in every aspect of my life. It also ensures that I have quality time with my family and friends because I am very aware of how I am structuring my schedule.”

She advises new students to take a similar approach. “It’s okay to be overwhelmed. Try to take small bites of the program. Carve out your study time and protect it, but it’s not the end of the world if something else comes up and you need to shift priorities. Your study team and Wharton will support you when you need help.”

For students from a non-quant background, Jaime said, “Be honest with yourself about how you learn and what level of discipline you need. Use the tutoring resources at Wharton and set yourself up for success.” 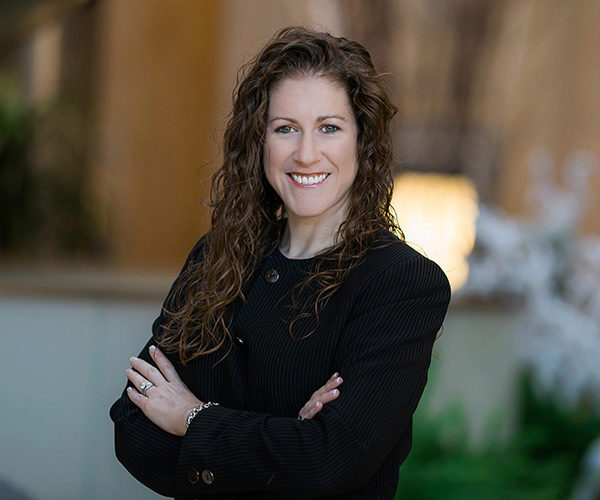 Currently
Executive Director of Hotel Operations, The Venetian | The Palazzo

Based In
Las Vegas, NV

Prior Education
Virginia Tech, BS in Hospitality and Tourism Management