A summit of Penn Wharton Budget Model’s growing presence in D.C., the forum saw policymakers, business leaders, and academics examining the evolving tools that will make government more accessible to everyone.

On June 22, Penn Wharton Budget Model (PWBM) hosted its first-ever Spring Policy Forum in the heart of U.S. policy reform. There, on Capitol Hill in Washington, D.C., over 300 congressional staffers, Wharton alumni, business leaders, academics and media professionals gathered to engage with Wharton professors and other industry and government experts as they presented ways to think about nonpartisan, research-based decision-making.

In his introduction, Kent Smetters, faculty director of PWBM and Boettner Professor of Business Economics and Public Policy at the Wharton School, posed a defining question about the developing boundaries around public policy frontiers, some of which rest on buzzwords: “What do those terms really mean? Are they really useful tools for government decision-making?”

It was the precursor to day-long discussions on visualizing databases, advances in policy modeling, cybersecurity, public infrastructure, machine learning, and blockchain, as speakers — like former Microsoft CEO Steve Ballmer and Wharton Associate Professor of Legal Studies and Business Ethics Kevin Werbach — reviewed how government has handled contemporary issues and what improvements can be made moving forward.

PWBM is advancing transparency through factual analytics based on the idea that regardless of political affiliation or field of study, evidence can still be a reliable constant. Advanced simulation tools on the PWBM website allow users to formulate analyses of public policies and their fiscal impact with just a few clicks, free of charge. Designed by a team of economists and research specialists, the “sandbox” is a collection of modules — modeling immigration to tax policy — that can predict up to thousands of outcomes using theoretical modeling, big data science, and cloud computing.

Anyone on the Internet can take advantage of the tools, but they are especially useful for policymakers drafting legislation. As of now, PWBM has recorded over one million third-party simulations. The initiative is working to create simulations for education, healthcare, and more with the goal of becoming the U.S. government’s primary source for trustworthy policy projection.

Here are a few panel highlights from PWBM’s inaugural forum:

“[The] general prevailing sentiment that says if we just had more [money] our numbers would be better — I don’t buy that.” 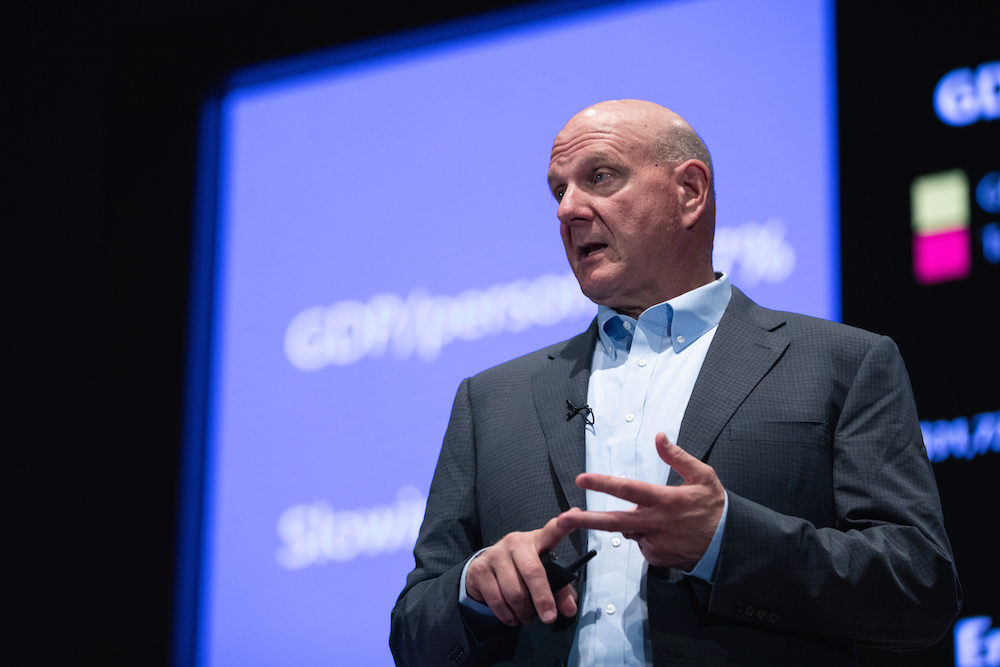 In the process of tracing government spending and creating a 10-K report for the country, Ballmer and his USAFacts team found that understanding policy trends requires understanding all the numbers behind them. USAFacts, a PWBM-partnered database, consolidates data from various sources for a comprehensive look of the government for everyone’s benefit. “Government decision-makers should work off government numbers,” Ballmer said. “Otherwise, fire everybody and get the numbers right.”

“We’re about analysis. We don’t advocate, we don’t recommend legislation. What we really bring is some deep theoretical modeling, data analytics, but also the software development process, which is very integral to what we do.”

As more policymakers look to economic models for reliable analyses, PWBM remains steadfast in providing a neutral-facing platform that spends 80% of its work validating simulations against census data before projecting forwards. But there’s no such thing as a perfect, objective model — interpretation and debate are a given. “The key is to try to develop a model, given the data that are available, that makes the best use of those data to make the best possible projections you can,” said Stephen Goss, chief actuary of the U.S. Social Security Administration.

Read more about advances in policy modeling on Knowledge@Wharton

“Fundamentally, blockchain is about something deeper than all of that. It’s about trust.” 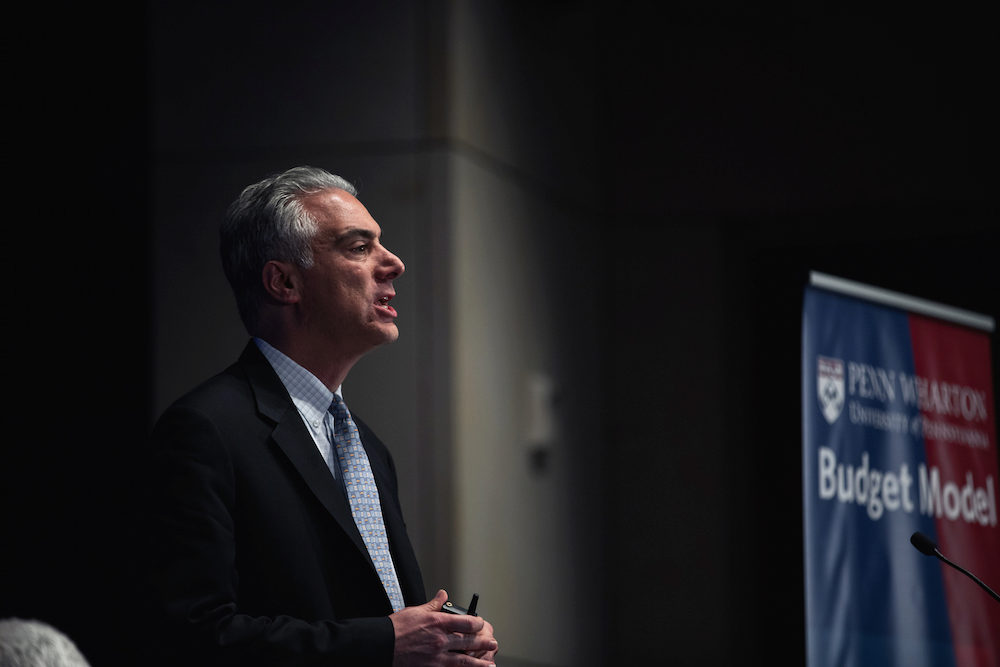 Despite blockchain having a reputation of being the most “overhyped technology of our time” and the source “of fraud, of illegal activity and regulatory arbitrage,” Prof. Werbach sees the potential for novel applications in government. Providing more accurate recordkeeping, solving regulatory and compliance requirements, and issuing microbonds are just a few options — and as a system with minimized trust, blockchain may provide security in a time when trust in the government is at an “all-time low.”

Read more about frontiers in government data analytics on Knowledge@Wharton

The Penn Wharton Budget Model (PWBM) is a nonpartisan, research-based initiative that provides accurate, accessible and transparent economic analysis of public policy’s fiscal impact. Using the project’s research briefs and interactive budget tools enables analysis of legislation while it is drafted. PWBM serves as an honest broker at the intersection of business and public policy providing rigorous analysis without policy advocacy.

“The quality of government data is a lot about timeliness and double checking numbers across agencies…Unless you’re going to get after those issues, I think you’re at a non-starter.” @Steven_Ballmer on budget cuts’ effects on data #PWBM https://t.co/6HWMjO1qEt @USA_Facts pic.twitter.com/RU0CRmA8iT