The GMAT isn’t necessarily a function of your IQ, but rather a function of the time you can commit to preparation. So make sure you can carve out sufficient time to study.

How did first-year EMBA students Lizzie Tammaro, a department head at Vanguard in Malvern, PA, and Kristina Best, chief of staff, access and channel management at Genentech in San Francisco, prepared for the GMAT?

The key, they say, is starting early and carving out sufficient study time.

Lizzie: Wharton has an amazing reputation based on its rigorous curriculum. It attracts hardworking, intelligent, driven people. The GMAT is an important exercise for entry for the program. It’s a predictor of academic success, particularly given the quantitative demands of the program. After just one semester in, I could really see its value.

Kristina: It had been a long time since I was a student and took a standardized test. Preparing for the GMAT was like a warmup for being back in school, and it helped to shake the rust off some math skills.

On Preparing for the Test

Kristina: At first, I wasn’t too worried about the GMAT because I usually test well. However, after attending a GMAT review session at Wharton San Francisco, I realized that a review course would be very helpful. I was traveling a lot for my job and have a young family, so I decided a course would help structure my study time.

I signed up for a Veritas online course that ran on Saturday and Sunday mornings from 7-10 am. Leading up to the test, I took official GMAT practice exams. I was planning to apply in Round 1, so I took the exam in November. Unfortunately, I tried to cram it in between business trips when I had 12 hours on the ground in San Francisco – that was a big mistake.

I did OK, but didn’t perform like I felt like I should have. So I took it again when I could dedicate more time to the test and made sure I was really focused, which added 50 points to my score.

Lizzie: I was a good student and I work in finance so I didn’t think the GMAT would be that hard. I did some self-study and then took the test during my first trimester of pregnancy. Unfortunately, I wasn’t feeling so great that day and wasn’t at the top of my game. Needless to say, I didn’t do that well. Afterward, I had a conversation with an Admissions Committee member who suggested that I take the test again.

On the basis of that recommendation, I started working with a tutor. It was like having a personal trainer. We scrapped all the prep course stuff and only used the official GMAT book to work through problems. When my score on practice tests didn’t increase, my tutor taught me timing strategies. I learned when to abandon a problem and to pay attention to the clock. That did the trick and I improved my score by 70 points when I took the test again.

On Balancing Test Prep with Parenthood

Lizzie: When I was studying, I was pregnant and had a young son who was a great sleeper. So I would come home from work and spend time with my family.

After he went to bed, I would study from 7:30-9:30 pm and then wake up at 5:30 am to study more. It required planning and communication with my husband to carve out that time.

Kristina: I have two young boys (they were 8 and 5), and at first it was difficult to find time to study. My family lives in the area and they were very supportive. They took turns taking my boys out when I was doing my course on weekend mornings or for an afternoon so I could study.

They also support me as a Wharton student and have continued to help with my boys. Preparing for the GMAT helped everyone get ready for what to expect when I would need even more study time as a student.

You don’t want to jump into this program with two feet unless you have the necessary support at home.

On Advice for Applicants

Lizzie: The GMAT isn’t necessarily a function of your IQ, but rather a function of the time you can commit to preparation. So make sure you can carve out sufficient time to study. The same is true of Wharton’s EMBA program – the more time you invest, the more you get out of it. Studying for the GMAT also will help you get back into study mode and the rhythm of being a student.

Kristina: Even people who do well on standardized tests can benefit from a review class. Hiring a test prep service was very valuable for me. It kept me on task and taught me pacing techniques that improved my score.

Also, studying for the GMAT gives you a glimpse of what life will be like trying to study with kids running around. You don’t want to be figuring out your study schedule and logistics while you are studying for finals.

Also, think about the logistics of studying. I travel a lot and thought I could study while traveling. But there isn’t that much room on a plane for your text book, papers, and calculator. Think through how and where you’ll study. 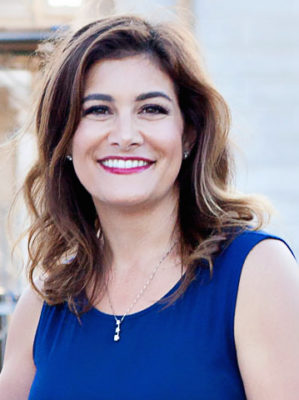