While getting her MBA, Shanel Fields, WG’19, founded MD Ally to ensure critical emergency resources are reserved for patients with true medical emergencies.

Before Shanel Fields, WG’19, knew where she was headed for her MBA, she reached out to an emergency medical services expert at Wharton for advice on a startup idea.

She was driven by the knowledge that emergency callers in low-income communities have 20 percent higher rates of “death upon arrivals,” or DOAs. One major cause is that about half of all 911 calls are non-emergency — meaning patients who are dying are competing with others on the line with sore throats, headaches, and toe pain.

By integrating telemedicine into the 911 dispatch process, Shanel wanted to simultaneously move up the clock of care for patients with a true emergency and redirect non-emergency callers to the appropriate care resources.

When she called Health Care Management Prof. Guy David for a quick consultation, they ended up speaking for over an hour.

“He gave me some great ideas on what would be the best way to approach it,” Shanel said. After she was accepted into Wharton later that year, David became a mentor. “I ended up working with him throughout my entire Wharton experience through Health Care Management and independent study courses. It was very impactful.”

Prior to her foray into entrepreneurship, Shanel spent five years at athenahealth as a Senior Manager of Enterprise Inside Sales and the Founder and President of the athenaDiversity Council.

“Because my father was a volunteer EMT, emergency medical services were my first exposure to the healthcare space,” she said. “I’ve always had great conversations with my father about the work he did as a volunteer EMT and the impact he’s been able to have. As I got into my own career, that kind of instilled in me a desire to spend my time doing things I think that really could impact the world around me.”

In order to make her startup, MD Ally, a reality, Shanel came to Wharton ready to hit the ground running. “I like to know what I don’t know, but I don’t want to find out the hard way. That was really my drive for pursuing an MBA — wanting to round out my knowledge and skillset in an environment where I was sure to earn a return on my investment.”

Here are a few valuable resources Shanel tapped into:

“Their team is incredibly supportive. They have an open-door policy, and as a first-time entrepreneur, you have a lot of questions. To be able to walk in and say, ‘Do you have resources for this?’ or ‘Do you know any founders who have done XYZ in the past?’ was really helpful. We would ask fellow founders for help and information on what they were working on to help each other. The entrepreneurship department really brings those people together, so you can crowdsource a lot of information.”

“[MGMT 801 or Entrepreneurship 101] was a really great class that got us started on working on our first pitch. If you’re thinking about entrepreneurship when you come to Wharton, try and do some concept validation the summer before you get started. In the class, students propose a company, concept, or project, and other students can sign up to work on it. I proposed MD Ally because I already knew what the concept was and had done research on it over the summer. From day one, I was able to have other students help me.

“Another thing I did was talk with professors about what I was working on. It was really helpful because each professor has expertise in a different area and they lend that expertise to your startup.”

MD Ally applied to as many Penn-funded competitions and accelerators as they could. They won the Summer Venture Award, Penn Innovation Fund (won twice for the implementation phase), Startup Challenge (the Innovation Award and Grand Prize Runner Up), and joined the VIP-X Summer Cohort 2018. One of their team’s interns also won Penn’s Startup Internship Award.

MD Ally took their idea to special office hours with healthcare professionals at the Center for Healthcare Innovation. One of them was Prof. Raina Merchant, director of the Penn Social Media and Health Innovation Lab. “She connected us to a number of different peers that helped us survey and sign up providers to join the platform whenever we go live in Philadelphia or Pennsylvania.”

One of Shanel’s takeaways from Wharton is that there’s no tried-and-true way to approach entrepreneurship except to “just do it.”

“My MBA taught me that I can create something valuable from scratch,” she said.

This August, MD Ally was awarded a top prize at the 2019 Grace Hopper PitcHER™ Competition and was a finalist in the 2019 MassChallenge Boston Accelerator. Shanel’s goal for the end of the year is to complete implementation processes for their first two clients.

Years down the line, Shanel sees MD Ally rolled out in hundreds of cities across the U.S., positively impacting communities and driving better healthcare. 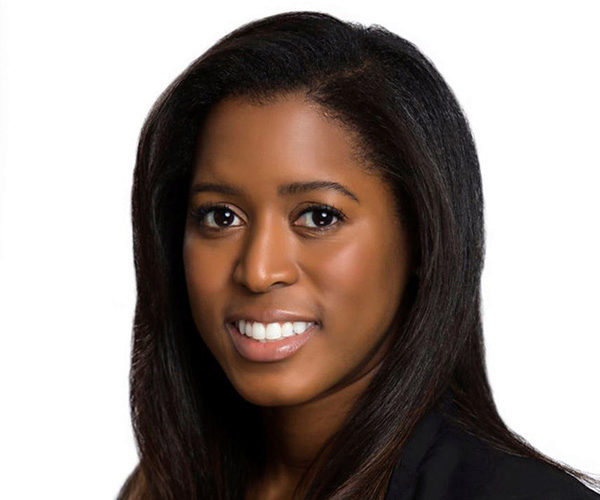 Shanel on Streamlining 911 Triage and Telehealth