Jessica Pugh, WG’19, will be heading to Google this fall to work on global strategy while thinking of carving a bigger space for underrepresented minorities.

Two years ago, Jessica Pugh, WG’19, left California and a career in insurance to pivot into the technology sector. She planned to return to the West Coast someday, which was exactly why she chose to spend two years studying at Wharton’s campus in Philadelphia. For Jessica, it was a chance to experience a new city while maintaining a connection to her home community.

“One thing I really love about Wharton is that it’s really bicoastal,” Jessica said. “You have a strong presence and alumni base on the West Coast in San Francisco where I’m from, as well as on the East Coast, and that was something that was really important to me.”

Last summer, she was able to leverage this bicoastal network and landed an internship in global marketing and sales at Google’s headquarters in Mountain View, California.

“After I accepted my Google offer I was reached out to by, and spoke to, Wharton alumni, and I think that was incredibly helpful.” Those connections to alumni fostered a sense of community in a new working environment. “It felt even smaller because of those folks that had my back, really supported me, and gave me a lot of lessons and mentorship along the way.”

At Google, Jessica found herself in a similar academic atmosphere to Wharton. From biking around the sprawling Googleplex campus, enjoying meals in the cafeteria, and helping e-commerce companies build marketing strategies, Jessica felt at home among a set of talented and curious colleagues.

Securing a return offer to Google was a process helped along by Wharton Career Services and Jessica’s own knowledge that networking was key. “I had over 40 coffee chats over the summer. I think it’s just not being afraid to reach out to people and being really thoughtful about the questions I want to ask and the insights I want to draw from those particular people. That’s one thing that I developed really early on in my career that I think I’ve brought to both Wharton as well as to Google.”

Bettering professional development, especially for underrepresented groups, is one of Jessica’s passions. In her previous job at MetLife, she helped develop over 90 new hires at the insurance company over the course of three years.

“I really see tech as a growing industry, but seriously lacking the infrastructure to develop, support, attract, and retain women and people of color — especially people who look like myself, who are African-American,” she said. “I think it’s an area that I’m already passionate about and can really make an impact in.”

Previously, she partnered with INROADS, a non-profit and diversity MBA admissions committee local to southern California, to organize an MBA recruitment conference. 200 prospective students of color and the top 25 business schools attended for a chance to meet with admissions officers and learn about the benefits of a business degree.

“Just recently here at Wharton, I organized a diversity MBA recruitment conference for our African-American and Latino students to meet over 13 employers,” Jessica added. “McKinsey, BCG, and all of those companies were there. It was great to, again, facilitate those partnerships.”

A Place to Belong

In addition to being an Admissions Fellow, Communications Fellow, and Student Life Fellow (and mentor to 17 MBAs), Jessica serves on the board of the African American MBA Association (AAMBAA) to run programming for all first-year students. In her free time, she’s also a facilitator for P3: Purpose, Passion and Principles.

The eight-week program, which guides students towards defining their own success and happiness, is one of her favorite things at Wharton. “I think being here in business school is such a transformational point for people to challenge one another on what those things are,” she said. “But most importantly, it’s nice to meet a unique set of counterparts and really go deep with them about your past, your present, and your future.”

Although she’s at the heart of so many communities now, Jessica still remembers looking at Wharton from the outside in when she was a prospective MBA.

“I always knew that I wanted to come to business school, but never really aspired to go to a top school before. It can be very intimidating to go to a school like this, where a lot of your peers went to really great schools prior to here. There was just this feeling of, essentially, insecurity.”

Those fears washed away when she attended Wharton Welcome Weekend. “I didn’t assume that it would be so student-led or social. I didn’t realize how diverse the backgrounds of the students were. You can assume everyone has a similar background and whatnot, but when you dig the layers a little bit deeper, you really see how diverse we really are.” 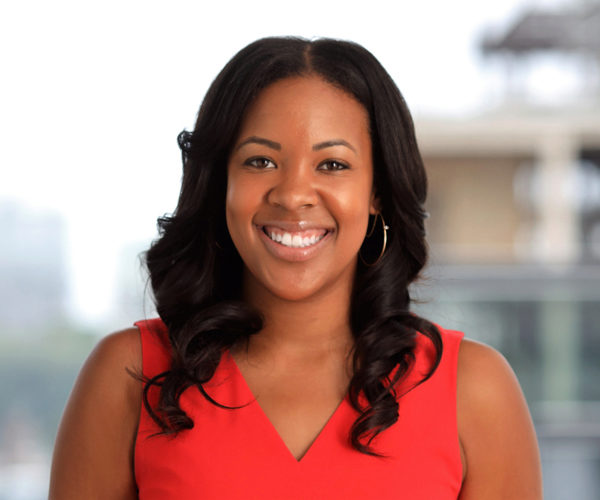 Jessica on the courses she’s most excited about:

One of my favorite courses has been Negotiations with Prof. Eric Max, which I guess is not surprising considering I was in sales. It’s a lot of fun because it’s incredibly interactive. You get to meet and learn from a lot of your classmates, but it also gives you a good way to develop yourself as a business person, or even just as an everyday person, because you always have to negotiate. It gives you the flexibility to try different negotiation styles and tactics as well as the experience to work with lawyers and to understand how bringing in a lawyer, a third party, really changes the dynamics of a negotiation for good or for bad.

I got accepted to participate in another course which is called Decisions in the Leadership Chair, in which the instructor — William P. Lauder, executive chairman of Estée Lauder Companies — will bring in a CEO to help teach every single class. I’m really excited about that, because we’re going to have some really awesome CEOs.