Attorney Derrick Hughes, WG’17, thought school was behind him until pursuit of a global business career brought him to Wharton.

When Derrick Hughes decided to transition from practicing law to working for his father’s global direct sales company, Unicity International, Inc., a business degree became critical – literally. Not interested in utilizing him only as an attorney, Derrick’s father said that joining the company would require an MBA. More specifically, he would need an MBA with a global aspect, as Derrick would very likely need to move to one of the company’s international markets following graduation.

“There was a concern that, as an attorney, I was more focused on preventing risk than managing it. That was accurate because my job as a lawyer was to avoid risk. I needed a paradigm shift to learn how to evaluate and measure risk, weigh it against potential reward, and decide when it is worth taking,” explains Derrick, who was living at the time in Orange County, CA.

At first, Derrick wasn’t thrilled about going back to school. “I had gone to law school and passed two state bar exams. I thought I was done with that part of my life. The one thing that got me excited about school was when I learned about Wharton’s MBA Program for Executives in San Francisco,” he says. “When I came to campus for the interview and to sit in on a class, I realized that I wanted this experience.”

Preparing for a Global Career

Derrick became the vice president of business development at Unicity, where he traveled globally to work with the company’s prospective products, markets, and verticals.

The original plan was for Derrick and his family to stay in California for the duration of the program, and then to move to one of Unicity’s international markets. However, the company’s needs changed and he ended up moving to Singapore shortly before graduation.

Derrick was ready for the global focus of his job. In addition to classes in San Francisco, he participated in three Global Modular Courses, studying Islamic finance in Dubai, innovation in Israel, and sustainability in Singapore, Malaysia, and Indonesia. His international class trip was to Spain.

“The flexible curriculum has been very valuable, especially since I didn’t know exactly what my role would involve after graduation. I’ve spent two years trying to soak up as much knowledge as possible. I didn’t come here to gain a specialty, but rather to learn about everything from finance and marketing to entrepreneurship and venture capital,” he said.

5 Things That Stood Out During Derrick’s Visit

For Derrick, visiting Wharton’s EMBA program in San Francisco made up his mind to attend. Here’s what impressed him:

The students – “The thing that blew me away was the extreme intelligence in the classroom. I was impressed with the back and forth between the professor and the students, who were all very collaborative and from a diversity of backgrounds,” he recalled.

Size of the EMBA Program – With approximately 100 students per class, Derrick appreciated how he would be able to get to know all his classmates. “When you are able build relationships with people, the atmosphere is less competitive and more supportive,” he said.

Residential requirement – He explained how the entire weekend revolves around the EMBA program. “I like the completeness of it. At other programs, local students would commute back and forth between their homes and classes. At Wharton, all students stay at the same hotel, allowing us to spend evenings together working on projects or hanging out. It becomes an experience you all go through together.”

Hands-on learning – Derrick noted that his prior educational experiences were theoretical because he didn’t apply the knowledge until after graduation. “At Wharton, I could be in class on Friday and talk through an issue with a professor, and then I could immediately apply that learning on Monday at work.”

Global aspect – Not knowing exactly where he would live after graduation, Derrick liked how Wharton offers many types of global courses. In addition to campus-based classes on topics like multinational strategy and private equity in emerging markets, he could customize the curriculum even more with Global Modular Courses (GMCs) in different regions around the world and an international class trip in his second year. 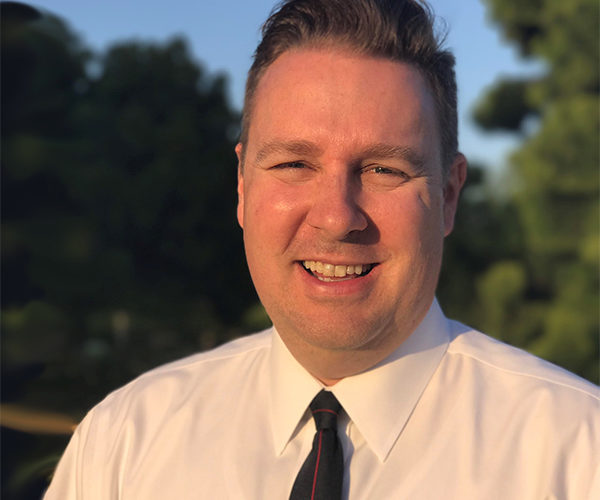