As a doctoral student in molecular biology at Harvard University, Nina Dudnik remembers coming across troves of unused or gently used scientific lab equipment left untouched in the basement where she studied. “It was just sitting there, because nobody had figured out what to do with it,” Dudnik recalls. Meanwhile, Dudnik knew from her time conducting research as a Fulbright Scholar in Côte d’Ivoire, that scientists around the world are doing their best to solve public health, agricultural and environmental problems without affordable, quality lab equipment or other essential tools of scientific research.

Such was the genesis of her idea for Seeding Labs, an organization that delivers lab equipment and supplies to scientists throughout the Global South and 2017 Lipman Family Prize honoree, and then connects them with training and colleagues worldwide. In just over ten years, they’ve equipped scientists in 27 countries (and counting!) whose cutting-edge research has made critical headway on issues like malaria, water purification and agricultural efficiency.

“It is hard not to be in awe of Seeding Labs’ success,” says Umi Howard, director of the Lipman Family Prize at the University of Pennsylvania, which has recognized Seeding Labs as one of its 2017 honorees. “We are thrilled to recognize their innovative approach to investing in scientists throughout the Global South — work they’ve pursued with passion, rigor, and precision for the benefit of us all.”

Indeed, asserts Dudnick, “we know that where you are in the world does not dictate your talent and your aptitude for science, and it should not dictate your access to resources to put those talents to work.” What’s more, Seeding Labs knows, local scientists understand local problems best, and are best positioned to solve them. Indeed, their local solutions — important in and of themselves — can benefit the world.

In Cameroon, for example, where Seeding Labs equipped 5 research labs and 2 teaching labs at the Université de Yaoundé I in 2013, Dr. Fabrice Boyom has been working to come up with a drug capable of combating toxoplasmosis — an infection resulting from the parasite, toxoplasma gondii, for which there is currently no effective treatment. Eighty percent of Cameroonian women of childbearing age carry the parasite, and the infection can be devastating to pregnant women. But given that toxoplasma gondii is one of the most common parasites in the world, Dr. Boyom’s research is significant on a global scale.

Similarly, in 2015, Seeding Labs initiated a partnership with scientists in Zimbabwe, at Chinhoyi University of Technology’s School of Natural Sciences and Mathematics, who recently patented a simple, cost-effective technology that helps determine when cattle can breed. Theirs is an alternative to a high-tech, expensive technology replete with bluetooth capabilities, devised by scientists in Ireland and financially out of reach for small farmers in Southern Africa. “Our partners came up with a technology that’s simple and cheap, and incredibly useful to small dairy farmers in a region that is facing its most severe food crisis in decades,” says Dudnik. “But imagine — a simple, cheap technology that benefits small dairy farmers? That’s something people could use around the world.”

“What we see in our work every day, is that where you are in the world, what you see in your community day to day can influence what is of highest priority to you,” shares Dudnik. “That’s why we believe it’s incredibly important to support the full diversity of scientists in determining what our world’s scientific priorities are — otherwise we’d end up with ten cures for one thing and nothing for something else. And if we only value scientists in wealthy countries,” she continues, “we’ll never catalyze scientific discoveries that could improve most of humanity’s lives.”

“Seeding Labs’s groundbreaking approach is essential to ensuring scientists in the Global South can apply their expertise to solve some of our world’s toughest challenges,” says Barry Lipman, founder of the Lipman Family Prize. “We are thrilled to connect them with resources, opportunities and relationships that will further extend the influence and impact of their ideas.”

“At the heart of it,” says Dudnik, “it sounds like it should be really straightforward: we take surplus laboratory equipment and transfer it to scientists who otherwise could not have afforded it. But it’s complicated and has to be done very carefully. After years of meticulously refining our approach, though, we feel we’ve cracked the code. And we look forward to working with UPenn, thanks to the Lipman Family Prize, to distill our lessons learned and share our model for greater impact worldwide.”

Seeding Labs has short-term aspirations to double their impact, which they are on track to do in the next two years. But above all, shares Dudnik, “we want to dispel the myth once and for all that there are certain parts of the world where you do science and others where you do not. You can solve problems in Tanzania, in Chile, in Armenia — and your solutions can impact the world.” 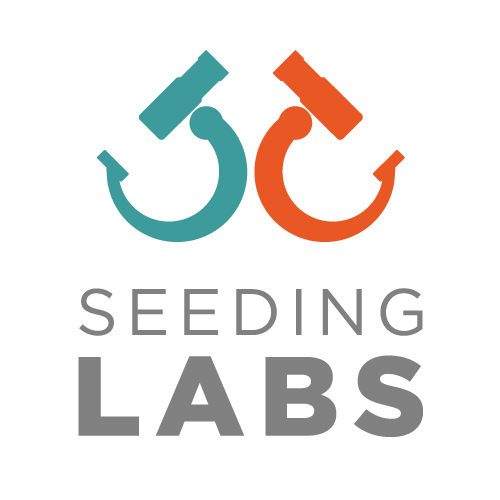 27 Countries Around the Globe