On July 1, Dean Geoffrey Garrett is leaving The Wharton School to take over as Dean of the University of Southern California’s Marshall School of Business in Los Angeles. Since he took over as Dean in July 2014, Geoff has advanced Wharton’s reputation as one of the world’s leading business schools and charted a path to position the School as a hub for cutting-edge, interdisciplinary education.

He established pioneering new initiatives that expanded the School’s global presence in fields beyond Wharton’s traditional scope and broadened the positioning in the marketplace. During his tenure, he expanded the faculty in both size and breadth, enhancing both the research agenda and the opportunities for students to engage in forward-looking topics both inside and outside the classroom. As a gifted speaker and natural leader, Geoff consistently spoke with refreshing honesty and compassion about the ways our community can meet unexpected challenges and improve the world around us.

Now, as the School welcomes Dean Erika James, let’s take a look back at the many accomplishments and milestones that have defined Geoff’s stellar legacy as the 16th dean of the Wharton School.

Under Geoff’s direction, Analytics at Wharton was created to teach and research ways to use data to make smarter business decisions. The initiative established a business analytics major and concentration — which quickly became the third most popular undergraduate concentration and MBA major. In addition, seven programs were united as a result of the initiative, including AI for Business, Wharton Neuroscience, People Analytics, Wharton Customer Analytics, Wharton Research Data Services (WRDS), the Wharton Sports Analytics and Business Initiative, and Penn Wharton Budget Model, which has become a go-to resource for members of Congress and the media for reports on the impact of public policy.

The revamped Penn Wharton Entrepreneurship  became one of the largest entrepreneurial teaching programs, supporting more than 150 startups each year in the Venture Initiation Program, and led to the development of Venture Lab, which is scheduled to launch in the coming months in Tangen Hall.

The Future of Finance

Wharton has long been known for excellence in finance education, and Geoff has helped define what lies ahead for the finance industry. Thus, the Future of Finance initiative was born. It included the opening of the Stevens Center for Innovation in Finance, Joshua J. Harris Alternative Investments Program, and a new quantitative finance MBA major.

Shortly after his arrival at Wharton, Dean Garrett led the redevelopment of the undergraduate curriculum to have a new focus on leadership, including substantial leadership coursework and a capstone requirement that rolled out in September 2017. The School has since expanded its financial commitment to leadership programs at Wharton.

As a highly cited international political economist, Geoff’s background helped grow Wharton’s international footprint. He was instrumental in a number of initiatives to increase Wharton and Penn’s engagement across the country and around the world, with record enrollments in the MBA program for Executives in San Francisco and the opening of the Penn Wharton China Center in Beijing in the spring of 2015. In addition, Dean Garrett has hosted 10 Global Forums in eight countries attended by more than 5,500 people, and visited 13 cities over 18 months as part of his introductory “Global Conversations” tour.

He championed innovative ways for Wharton to navigate unexpected challenges that arose during his tenure.

Led by Prof. Mauro Guillén, “Epidemics, Natural Disasters, and Geopolitics: Managing Global Business and Financial Uncertainty,” was a real-time online class focused exploring on the impact and implications of the coronavirus (COVID-19) pandemic. Wharton and Penn faculty and lecturers across many disciplines spoke about the pandemic’s impact on the economy and on people’s behavior. The course was taken by more than 2,400 students, the largest class in Wharton’s history.

During his tenure, Geoff has spoken at 30 graduation ceremonies and has handed out more than 10,000 diplomas. There were no handshakes this year, though, as the School celebrated the Class of 2020 in a completely virtual environment in light of the COVID-19 pandemic. The event required quick decision-making from the Dean’s office, in collaboration with Wharton’s events team, in order to put together individual celebrations across Wharton’s four programs.

As dean, Geoff made teaching excellence a Wharton priority. He appointed a vice dean of teaching and added new on-campus spaces designed to foster the SAIL teaching method. A SAIL class (Structure Active In-Class Learning) provides students the opportunity to tackle course material through hands-on collaboration with classmates and professors.

During his tenure, Wharton’s student body has become more diverse and better supported than at any point in history.

The MBA 2021 class is 47 percent women, and the undergraduate Class of 2022 is 46 percent women, marking a new high for gender representation in both programs. Under Geoff’s direction, Wharton launched the Advance Access program last year, with the goal of recruiting students into the Wharton MBA program from all academic fields whose academic and career interests expand the traditional notions of business education.

In June 2020, Wharton announced a new Prism Fellowship, which recognizes an outstanding MBA student who is both a member of and demonstrates leadership in support of the LGBTQIA+ community. Its first recipient is Colan Wang.

In Geoff’s time as dean, the Wharton faculty expanded to more than 240 members, increasing the faculty’s breadth, depth, diversity, and eminence. This is especially true in terms of female leadership, with the appointment of Prof. Diana C. Robertson as the vice dean of Wharton’s undergraduate division, Prof. Nancy Zhang as the vice dean of Wharton doctoral programs, Prof. Martine Haas as director of Joseph H. Lauder Institute, and Rachel Werner as executive director of the Leonard Davis Institute.

Geoff championed the creation of the Leading Diversity@Wharton speaker series led by Prof. Stephanie Creary to gain insights into how organizations can become more diverse.

The average MBA fellowship per student aided increased 58 percent, and the number of students receiving aid increased 13 percent. Geoff encouraged the School to lean into online learning as well. 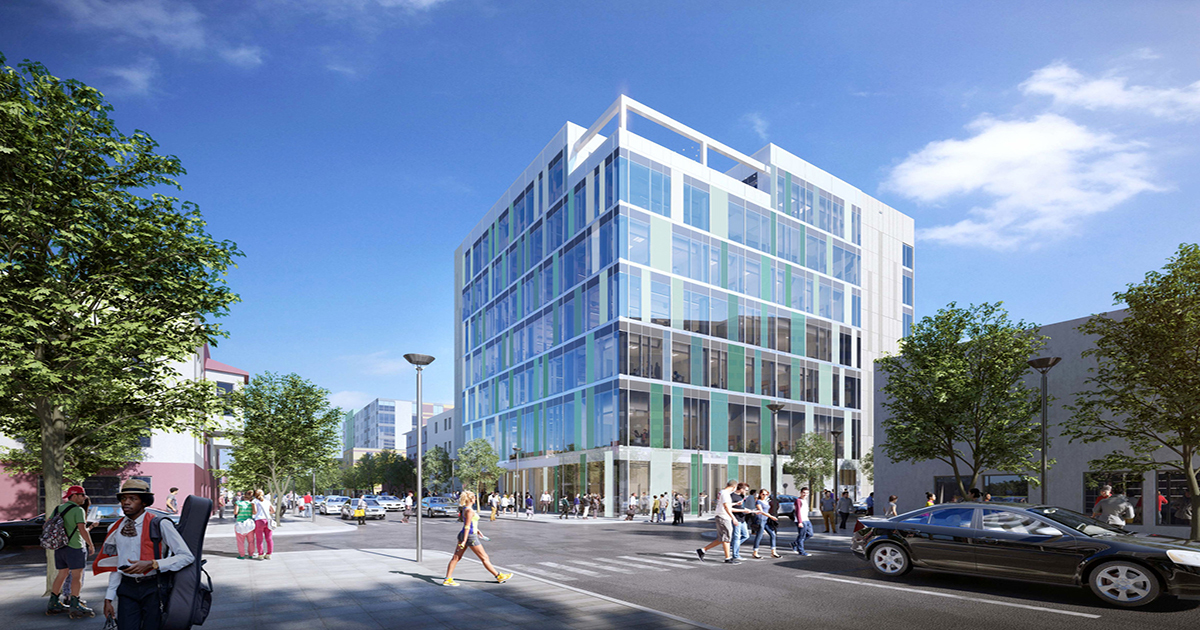 Located at 40th and Sansom streets, Tangen Hall will feature 70,000 square feet of state-of-the-art space for student entrepreneurship and will house all existing and future activities of Penn Wharton Entrepreneurship including the Venture Lab, as well as Weiss Tech House and the master’s-level Integrated Product Design Program, maker spaces, storefront retail for student ventures, a test kitchen for food-centric startups, a VR environment, among others. 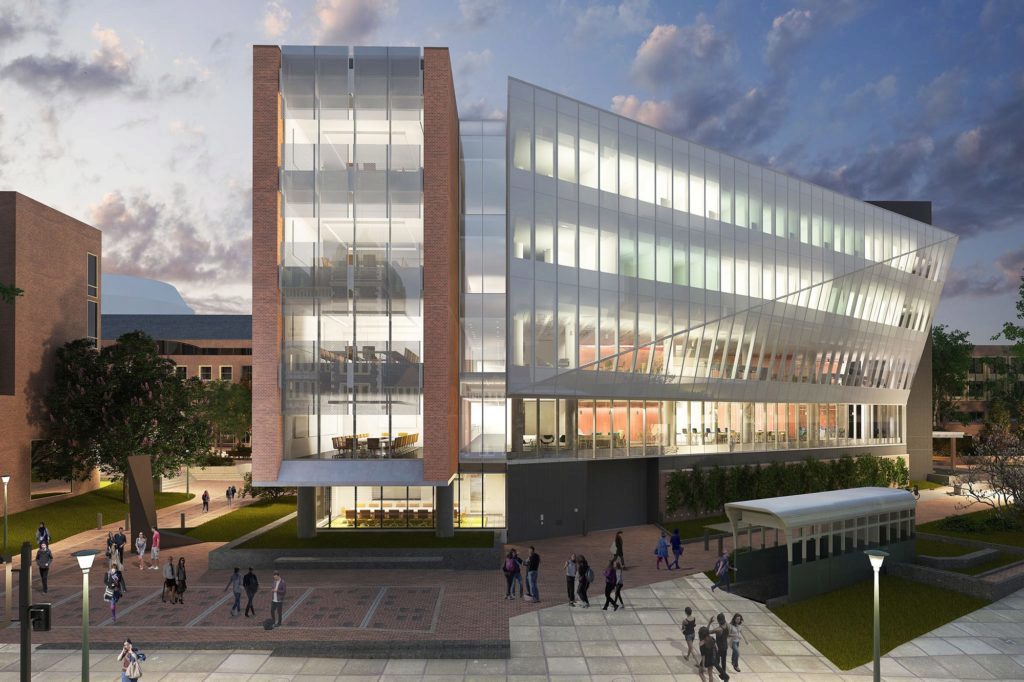 The Wharton Academic Research Building, or WARB, is set to bring Wharton’s innovative teaching and research activities in data and analytics under one roof. WARB will feature structured, active, in-class learning (SAIL) classrooms and communal areas to foster social gathering, as well as house the Wharton Statistics Department and a range of activities in analytics.

In addition, Dean Garrett has given the go-ahead on several core capital projects that will provide faculty and students access to the best and most cutting-edge facilities, including a renovation to Steinberg-Dietrich Hall, the expansion and renovation of the Lauder Institute, and internal renovations to Vance Hall.

He was a key part of the largest fundraising effort in Wharton’s history.

The “More Than Ever” campaign was publicly launched in April of 2018, as part of the University of Pennsylvania’s $4.1 billion Power of Penn campaign, to provide resources for the students, faculty, research, and build new spaces for innovative business solutions. The campaign is still going strong. The School has raised more than $900 million so far, including a $50 million gift, the largest single donation in Wharton’s history.

We extend warm wishes to Geoff and thank him for his many contributions to Wharton’s success.

Dean Garrett sat down for an interview with Wharton Magazine during his inaugural year in fall of 2014.

As part of Wharton’s “Fast Forward: COVID-19” video series, Dean Garrett looked ahead to the future through the lens of the global economy, geopolitics, and higher education during a talk in April of 2020.