Wharton Stories » Connor Barwin, WG’23, on the Intersection of the NFL, Wharton, and Making the World a Better Place

Connor Barwin, WG’23, on the Intersection of the NFL, Wharton, and Making the World a Better Place

“I’m excited to bring more of what I’m learning at Wharton to the Make the World Better Foundation (MTWB) to refine our community building process and share it with other cities around the country.” – Connor Barwin, WG’23

You may know Connor Barwin, WG’23, from his ten years with the National Football League (NFL), when he played for teams including the Houston Texans, Philadelphia Eagles, Los Angeles Rams, and New York Giants. Today, he’s making strides off the field as he earns his Wharton MBA while working for the Philadelphia Eagles and heading his non-profit, the Make the World Better Foundation. Wharton Stories caught up with Connor for a play-by-play of his experience in the Wharton MBA Program for Executives.

Can you tell us about your work with the Philadelphia Eagles?

I was an outside linebacker for the Philadelphia Eagles for four seasons, from 2013 through 2016. After I retired from playing, I started working with the Eagles right away. I’m now in my third season working full time running the Player Development Program. We focus on skill development, physical development, and positive off-the-field outlets. A lot of resources within the NFL are dedicated to helping guys on the roster that are playing. As the Director of Player Development, my job is to share those resources with those who aren’t playing currently, but who hope to play in the future. I make sure they’re getting the coaching, support, and feedback they need to be the best players they can be for themselves and for the team.

What inspired you to found the Make the World Better Foundation?

During my first year playing with the Eagles, I founded the Make the World Better Foundation (MTWB), a non-profit organization focused on revitalizing public spaces and playgrounds in Philadelphia. Growing up, my parents were very civically engaged, and that was part of my inspiration. MTWB is also an acronym for my parents’ initials, so it has a deeper meaning for me. For the past ten years, we have been partnering with Philadelphia communities to help them reimagine and rebuild their public spaces. Creating public parks can help strengthen communities by building bonds between neighbors and bringing people together. MWTB strives to work in neighborhoods that have been underserved and are under-resourced, and we’ve led almost 30 million dollars in public revitalization projects so far. Our current project, Vare Recreation Center in the Grays Ferry neighborhood of South Philadelphia, is scheduled to open in Fall 2023.

Why did you want to join the EMBA program at Wharton?

I knew some players who joined executive MBA programs after finishing their football careers. Eric Winston, my former Houston Texans teammate, earned his MBA through Wharton’s EMBA program and told me that the experience is a great way to transition out of the league from being a player. I played for a long time and saw a lot of friends struggle with that transition. The more I researched the Wharton MBA Program for Executives and compared it to other programs out there, the more I realized it was the best fit for me. I learned a lot from playing in the NFL and starting the Make the World Better Foundation, but I knew I had more to learn and a lot more to do. As a former football player, it can be hard to shake that identity when you’re done playing and I knew Wharton could challenge me in a way to do that.

How has Wharton’s executive program most impacted you?

Being surrounded by my classmates and professors who have such impressive and diverse backgrounds has helped me approach problem-solving and critical thinking in a different way. When you work in one industry for so long, it can be difficult to get out of that mindset. Management Communications, which I took in the first year, had a direct impact on my career with the Eagles. The course focused on gaining confidence with public speaking, the essentials of persuasion, and using data and storytelling to effectively communicate ideas. From this one class, I was able to implement a new program with our players that I know has been effective and that no other team in the league is doing. Thanks to lessons learned in that class, I was able to effectively communicate why this crazy idea would make us better. Ultimately, Wharton has taught me how to ask better questions, and given me the confidence to know I can find the answer.

I was a history major at the University of Cincinnati, and I didn’t come to Wharton with a strong quantitative background. Jumping into Fundamentals of Financial and Managerial Accounting with Professor Richard Lambert in the first term was a challenge, especially since it’s been a few years since I’ve been in school. Cathy Molony, the Philadelphia Program Director, connected me with students who had been successful in that course to help talk me through the concepts. They helped me put the pieces together, but they were also just really great people to get to know. Right away, I saw the power of the Wharton network. Everyone is here to help each other become the very best version of themselves they can be. It’s similar to some of the best teams I was on during my career.

The NFL is ultra-competitive; everyone is competing and everyone wants to be the best, but the magic happens when all those super competitive people on a team realize they can help each other and push each other at the same time, and that’s what Wharton was for me. An incredible group of super smart and talented people, that all want to be the best, but all want to help each other along the way. And as happy as I am for me and my family that I’ll be finishing up soon, I will miss growing and learning with such an amazing group of people.

What is it you love about Philadelphia?

I love Philly, and not just because it’s an incredible sports town. My wife, kids, and I consider Philadelphia to be our home. There’s not really another city like Philly where so many people care about every sport across the board. That passion connects us, and living here you can feel that unified energy and hometown pride.

I’m from Detroit, so I also relate to and really admire the hard-working, tough, “gritty” attitude that native Philadelphians are known for. I’m excited to bring more of what I’m learning at Wharton during my EMBA experience to MTWB to refine our community building process and share it with other cities around the country. We’ve gotten really good at partnering and engaging with communities on both large and small-scale projects; we want to share best practices, advise, and consult with similar organizations to expand our reach beyond Philadelphia. 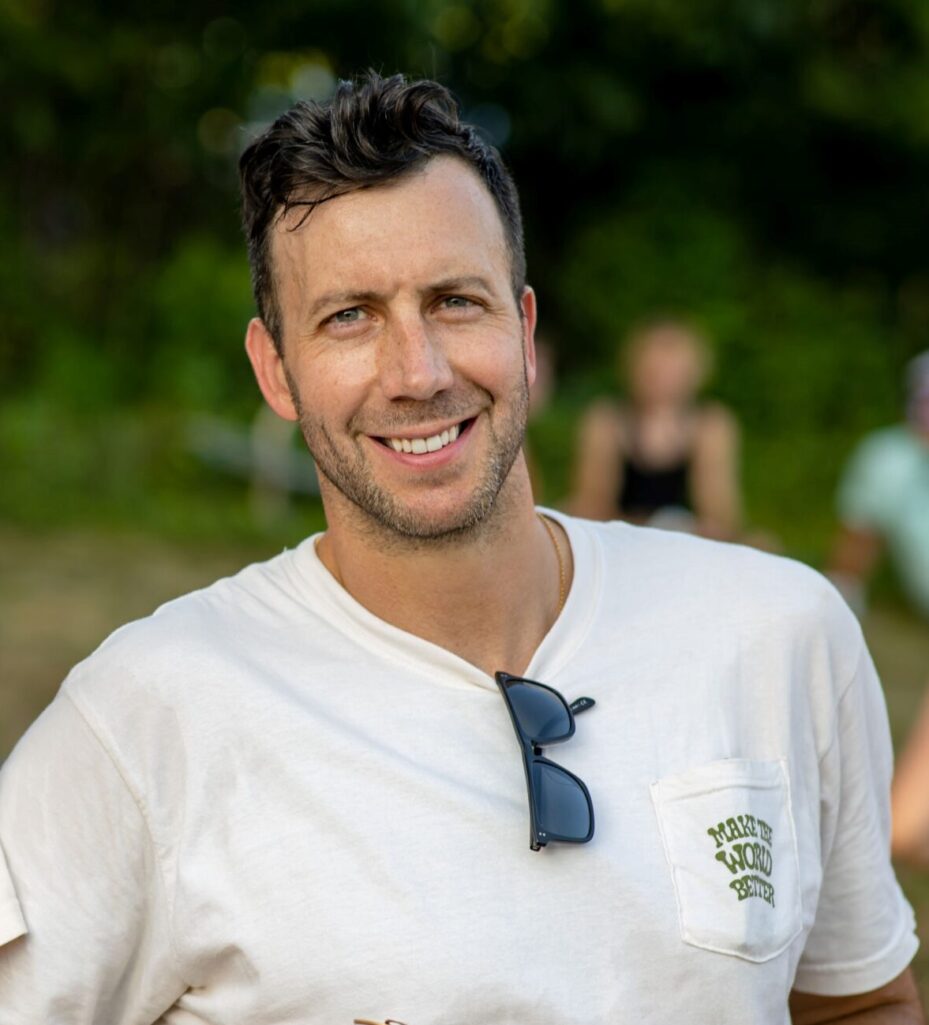 Based in: Philadelphia, PA

In addition to his other roles, Connor is also a member of Cotogna Sports Group (CSG), an investment group focused on buying and developing sporting franchises. CSG targets opportunities globally and across sporting disciplines based on promising geo-economic factors, sporting history, and committed fan bases. CSG’s team of investors and network of advisors work together to ensure coverage within the world’s dominant leagues and most recognized sporting franchises. Their model is to seek sufficient control to deploy a total sporting concept (operational efficiency, advanced marketing, fan proximity, performance analytics and youth development) to support and drive on-field sporting success.

All proceeds from the album go towards the Children’s Crisis Treatment Center in Philadelphia, a private non-profit agency which specializes in delivering behavioral health services to Philadelphia’s children and their families.