The Wharton School is dedicated to amplifying the voices of our Black students, faculty, and alumni, as we examine how far we’ve come and how much further we have to go toward racial equality.

This Black History Month, we’re celebrating and remembering the many contributions of our African American community members in scholarship and leadership, including the paths they’ve paved and the meaningful change they’ve pushed to create.

Following the town hall, students in BW and Wharton’s African American MBA Association (AAMBAA) collaborated on a list of action items addressed to the Wharton administration about how to improve the undergraduate structure. Students advocated for increasing funding for Black organizations, hiring an associate dean of diversity, and integrating mandatory antiracism training for all first-year students. In response, the Undergraduate Division created a director of diversity and inclusion position, established unconscious bias training for first-year and transfer students, and hosted forums and counseling sessions, among other efforts. AAMBAA and BW students, as well as students in Caribbean Business Club (CariBiz) and the Wharton Africa Student Association (WASA), continue to be powerful advocates for racial justice.

This month, AAMBAA will host a series of events for MBA students to celebrate Black History Month with the theme “Still Rising.” And starting on February 19, AAMBAA will host the 47th Annual Whitney M. Young, Jr. Memorial Conference with discussions with civic and business leaders and the launch of the Innovation & Black Entrepreneurship Series and New Venture Competition. 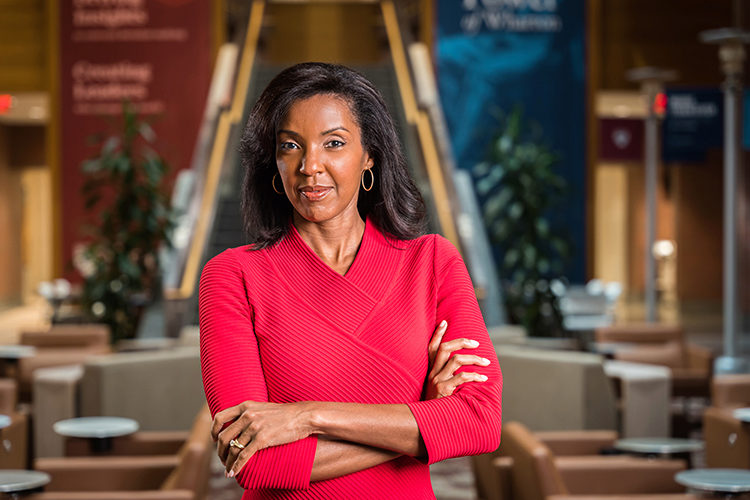 In early July, Erika H. James, former dean of Emory University’s Goizueta Business School, succeeded Geoff Garrett as dean of the Wharton School — the first woman and first African American to do so in the School’s history. An award-winning scholar in the areas of leadership development, organizational behavior, gender and racial diversity, and crisis leadership, Dean James has had a busy start to her tenure, with features in The Wall Street Journal, Good Morning America, CNN Business, and, most recently a feature in The New York Times’ column “Corner Office.”

Dean James has already proven to be an invaluable leader in guiding Wharton through the Covid-19 pandemic, despite its many challenges. In October, she wrote a thoughtful reflection on her first 90 days as dean. Read “Leading on the Road Less Traveled: My First 90 Days at Wharton.”

Dr. Lavizzo-Mourey, a world-renowned expert in health policy and geriatric medicine, retired on January 31, 2021. She joined Penn in 1986 and served as the Sylvan Eisman Professor of Medicine and Health Care Systems. She also directed Penn’s Institute on Aging and was chief of geriatric medicine at the University of Pennsylvania’s School of Medicine. Dr. Lavizzo-Mourey then became president and CEO of the Robert Wood Johnson Foundation, the first woman and the first African American to head the foundation. She has served as the Robert Wood Johnson Foundation PIK Professor of Health Policy and Health Equity at the University of Pennsylvania and has also had joint faculty appointments in the Department of Health Care Management in The Wharton School, and the Department of Family and Community Health in the School of Nursing. Last year, she was featured in a “25 Medical Pioneers” list for Black History Month. She’ll continue her work in retirement by joining the External Advisory Board for Penn’s Center for Health Incentives & Behavioral Economics (CHIBE). She will also be moving to emeritus status with the Department of Medical Ethics and Health Policy and will have the title of Robert Wood Johnson Foundation Population Health and Health Equity Professor Emerita.

Rosalind “Roz” Brewer, WMP’01, Becomes the Next CEO of Walgreens 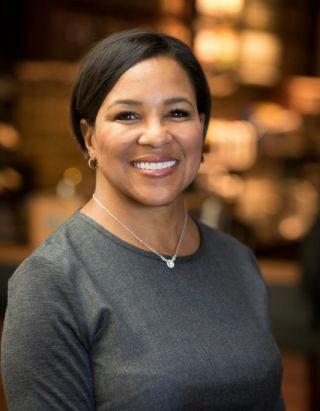 Brewer, one of corporate America’s most prominent Black female executives, is slated to become the CEO of Walgreens this March. The move will make her the only current Black female CEO of a Fortune 500 Company, and only the third Black woman in modern history to lead a Fortune 500 company. She is currently the COO of Starbucks, and the former President and CEO of Sam’s Club. Brewer is a graduate of Wharton’s Advanced Management Program (AMP). 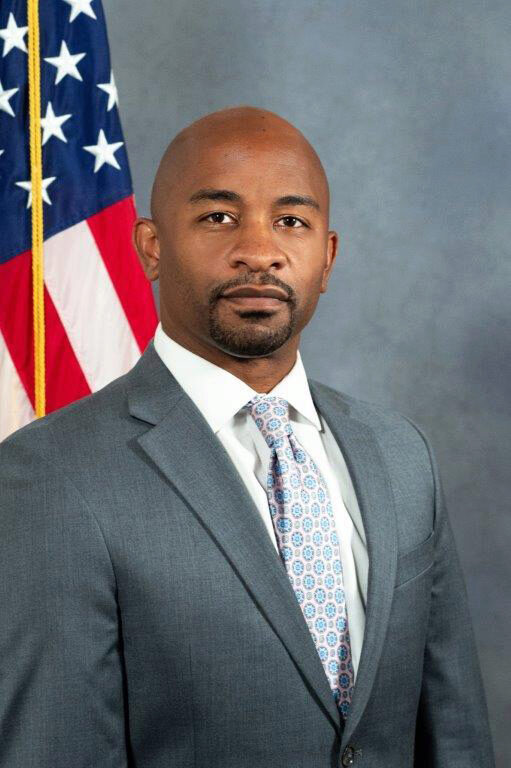 In November, Nelson was elected to the Pennsylvania state legislature, representing the 154th district, which covers parts of Montgomery County, including Cheltenham Township and Jenkintown. Nelson is a Philadelphia native who got his start in politics by serving two terms on the Cheltenham School Board and served as School Board President, before being elected as Finance Officer for Cheltenham township. After earning a degree from the Massachusetts Institute of Technology, Nelson graduated Wharton with an MBA in 2007.

In the fall, Dean James debuted a new segment of the Tarnopol Dean’s Lecture Series entitled “Beyond Business,” which invites panelists to discuss the intersection of business and societal issues. Over the course of the initial three-part series, which aired on LinkedIn Live, panelists spoke about how systemic racism impacts success for Black entrepreneurs, the effect of corporate donations on fighting racial discrimination, and the complications of marketing brands through Black culture.

From the Airwaves: Wharton Business Daily

Wharton’s daily business news and talk radio show, Wharton Business Daily, featured a number of guests from academia, business, government, and more about racial inequality in America and how we can better support the Black community. Here are a few highlights from this year’s discussions.

Master P: We Can Overcome Injustice Through Economic Empowerment

As an extension of her Leading Diversity in Organizations course, Assist. Management Prof. Stephanie Creary regularly hosts “Leading Diversity@Wharton Lecture Series.” This series features discussions with prominent industry and thought leaders about how companies can effectively improve diversity, equality, and inclusion initiatives in their organizations.

From the Archives: Honoring Black Alums

Born into slavery in 1855 in Georgia, Wright was a trailblazing thought leader, military officer, educator, politician, civil rights advocate, and bank entrepreneur. Following emancipation, Wright would go to earn degrees at some of the most elite U.S. colleges, including Wharton at age 67. He, together with others, encouraged President Truman to create the Committee on Civil Rights, which resulted in the desegregation of the executive branch and all branches of the military. Wright advocated for national and local leaders to formulate plans to set aside February 1 to memorialize the signing of the 13th Amendment, which freed all U.S. slaves. After Wright’s death in 1947, both houses of Congress passed a bill to make February 1 National Freedom Day – the forerunner to Black History Month. 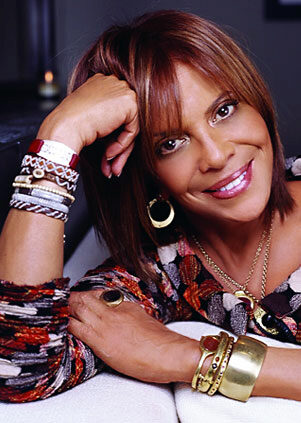 Rhone is regarded as one of the most influential leaders in the American music industry. As the Chair and CEO of Epic Records, a label owned by Sony Music Entertainment, Rhone is the first Black female CEO of a major record company and the first Black woman in history to be named CEO of a major record label owned by a Fortune 500 company. After earning her bachelor’s in economics from Wharton, she got a job at Elektra Entertainment Group in the early 80’s. Her talent for spotting music superstars later propelled her to senior positions at Vested In Culture, Universal Motown and Atlanta Records. Over the course of her 40-year career, she’s worked with Stevie Wonder, Missy Elliott, Lil Wayne, Metallica, Busta Rhymes, Bjork, Natalie Merchant, India.Arie, Roberta Flack and Erykah Badu. 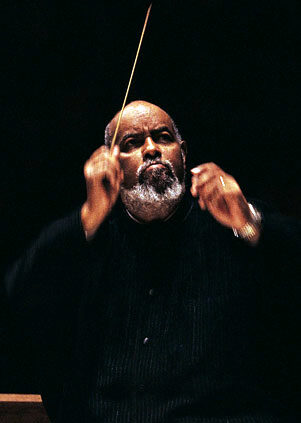 DePreist was a prominent conductor of classical music, and one of the first Black conductors on the world stage. While earning an undergraduate degree from Wharton and a master’s from Penn’s Annenberg School, he studied composition at the Philadelphia Conservatory of Music. DePriest went on to become assistant conductor of the New York Philharmonic in the mid-60s, before being appointed music director of the Orchestre Symphonique de Québec and then Oregon Symphony, a position he held for more than 20 years. He held 15 honorary doctorates and was awarded the National Medal of Arts by President Bush in 2005. DePreist was the director emeritus of conducting and orchestral studies at The Juilliard School and laureate music director of the Oregon Symphony at the time of his death in 2013. 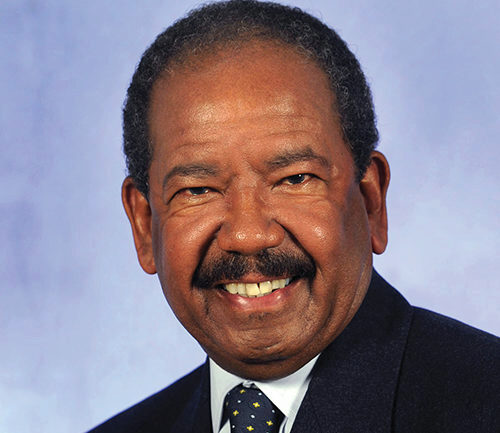 Fountain is a highly regarded executive and community leader. From 1966 to 1968, he served as a Peace Corps volunteer in West Bengal, India. Following his return to the U.S., Fountain earned his MBA at Wharton and accepted an investment analyst position at Chrysler, where he rose through the ranks over the next 20 years, and eventually became the president of the Chrysler Corporation Foundation, the automobile company’s philanthropic organization. In this position, Fountain was able to utilize his passion for community service. He is known as being well connected in the non-profit and philanthropic space, and serves on a number of boards in the Detroit area, such as the Hudson-Webber Foundation and The Ralph C. Wilson, Jr. Foundation. Fountain is a former member of Wharton’s Board of Overseers (now the Board of Advisors) and was influential in the Wharton African American MBA Association’s effort to endow a professorship in the name of Whitney M. Young.

Wharton in the News

On January 28, Dean James appeared on Washington Post Live with Ursula Burns, a noted businesswoman and former Xerox CEO, and Neil Blumenthal, WG’10, co-founder of Warby Parker, for a discussion about companies’ role in speaking out about social issues, such as racial injustice, and how executives should embrace corporate responsibility in new ways.

Wharton Prof. Stephanie Creary joined Sharon Epperson for a session during CNBC’s @Work Summit to discuss the inherent biases we possess that impact many aspects of our work lives, including hiring, team building, management, and technology development.

Alumni Stories from the MBA for Executives Program 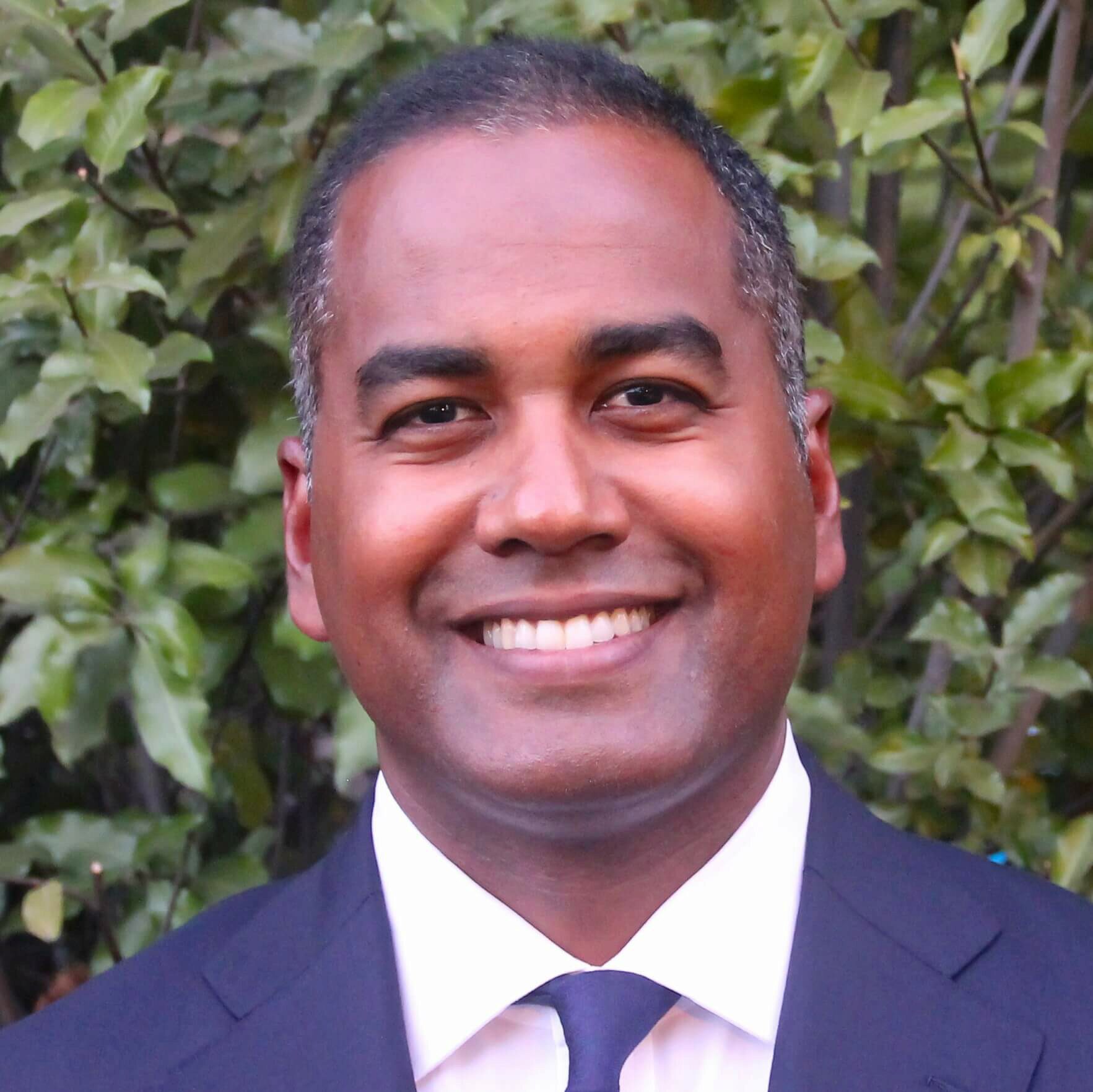 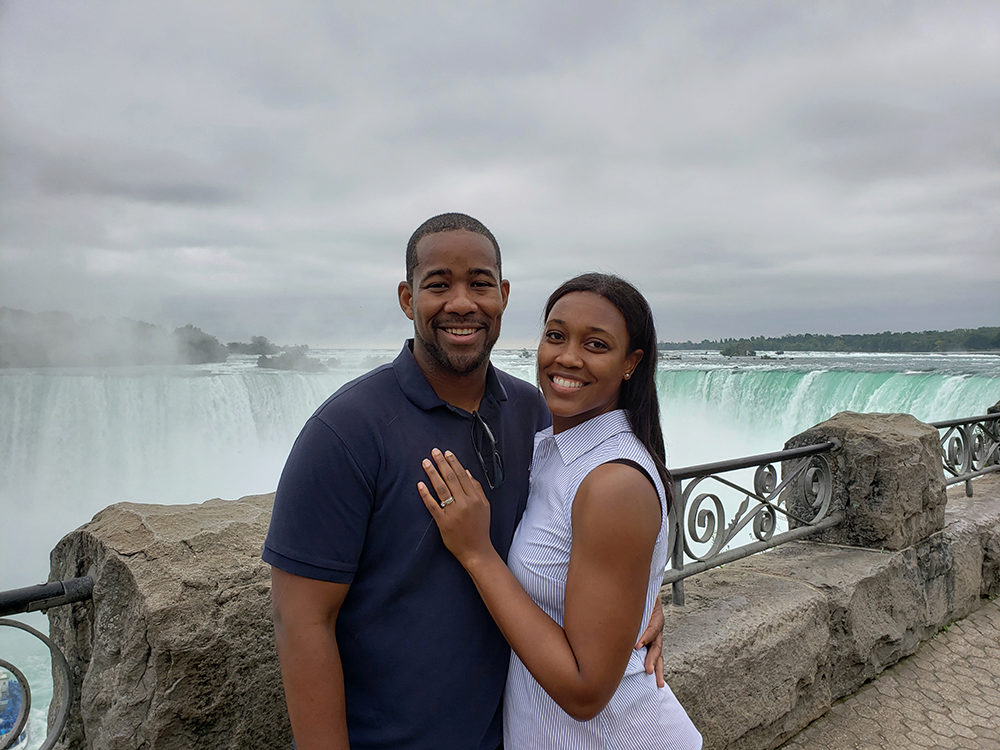 Why this Married Couple Came to Wharton’s EMBA Program Together 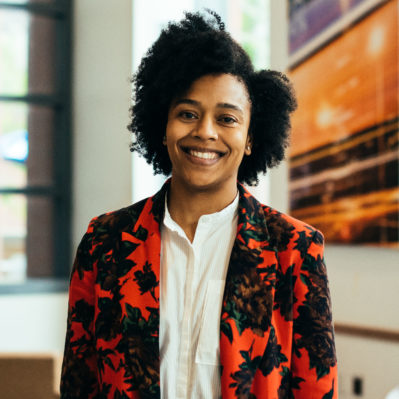 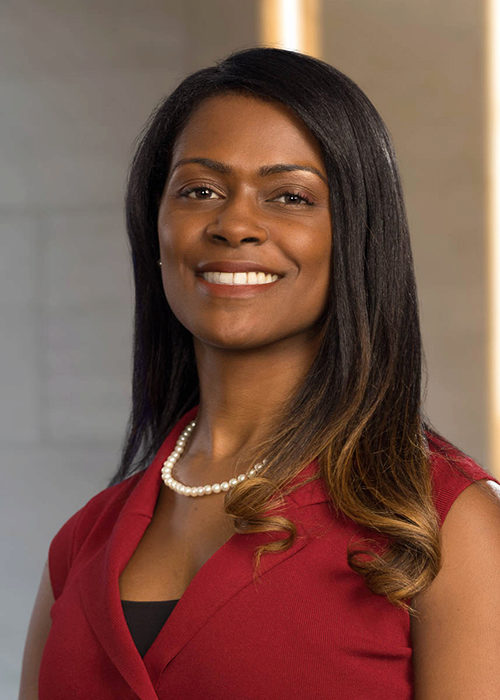 How Wharton is Adding Value for this Finance Executive 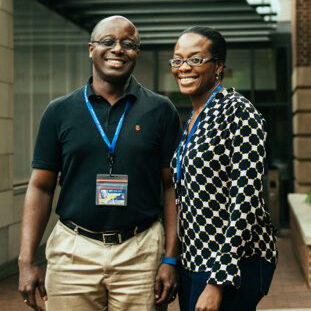 How this Married Couple Balanced Wharton, Work, and Kids 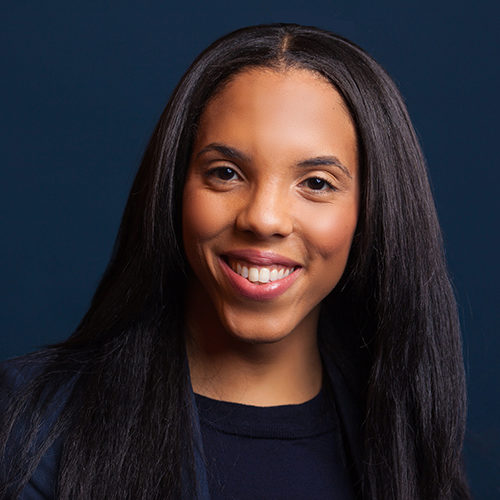 Stew Friedman, Management Prof. Em. and Director of the Wharton Work/Life Integration Project, hosted a series about practical knowledge about advancing the cause of racial justice. The “Race and Work” series featured Black panelists who weighed in on topics ranging from how to have conversations about race to navigating the workforce as a Black woman to combating microaggressions. Here are a few highlights from the series:

Combating Microaggressions and Bias in the Remote Workplace 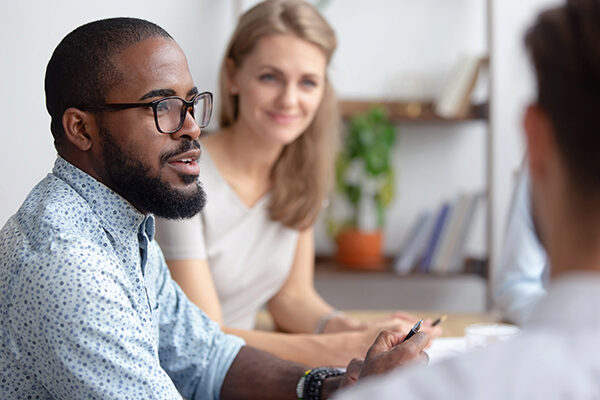 How to Be a Better Ally to Your Black Colleagues

Strategies for How People of Color Can Navigate Racist Confrontations 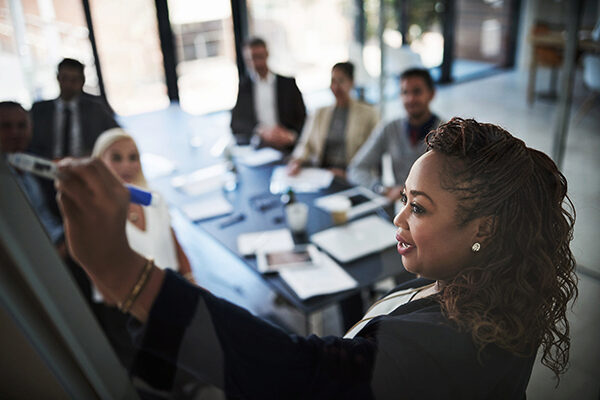 “Embracing the Middle” and Engaging in Challenging Conversations About Race

As part of the Leading Diversity at Work series, Prof. Stephanie Creary spoke with global diversity expert Gwen Houston about why senior executives must lead inclusion and racial equality efforts. 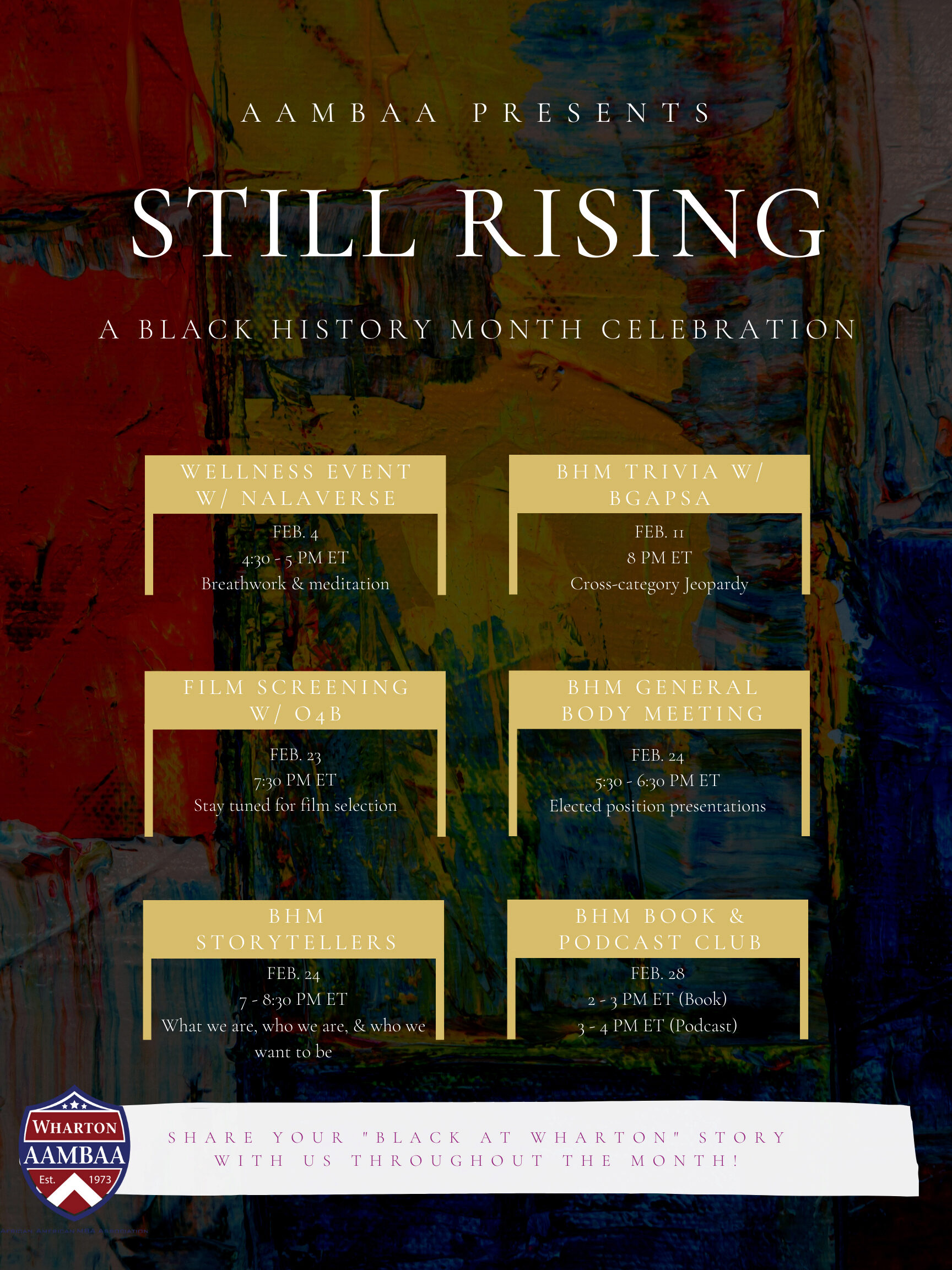