Josh Yellin, WG’20, is using the knowledge, network, and confidence he’s getting at Wharton to scale his nonprofit globally.

Students in Wharton’s MBA Program for Executives come from diverse backgrounds. Josh Yellin, WG’20, is a great example. After working for years as a backcountry guide, he is now the cofounder and chair of the nonprofit Urban Rivers and head of global strategy and operations at Google’s Launchpad.

After college, Josh considered pursuing a PhD, but decided to take some time off from school and joined the Montana Conservation Corps. “I was interested in getting closer to nature. I’m an all or nothing kind of person, so I spent six months living in the backcountry of Montana building hiking trails.”

Wanting more outdoor experiences, he then got a job in Alaska as a backcountry guide on canoe trips. Several years later, he moved back to his hometown of Chicago, where he managed a canoe program on the Chicago River. 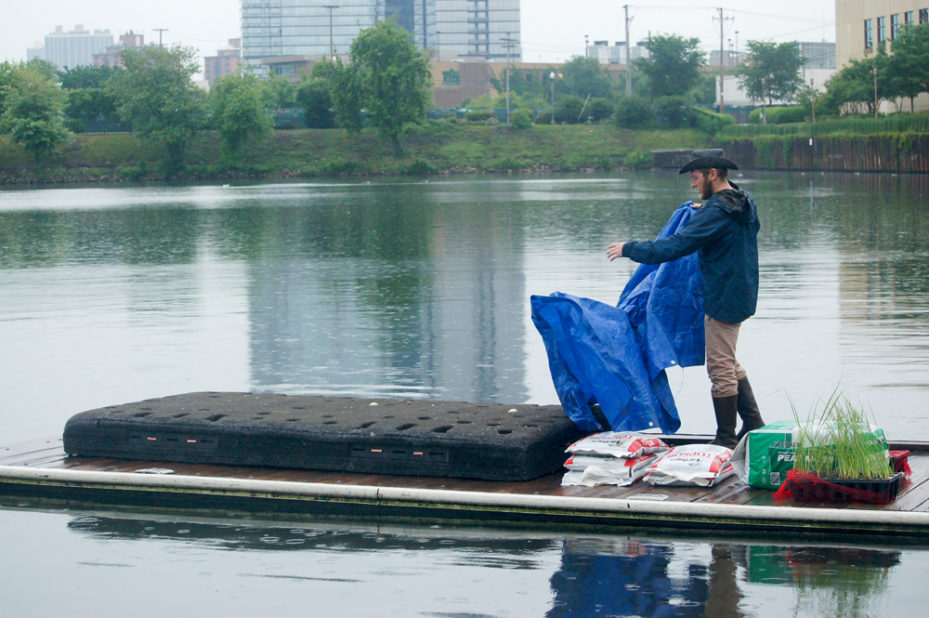 “I was struck by the difference between that urban river in Chicago and the wild rivers in Montana and Alaska. I wondered how we could make the Chicago River experience more like those other rivers, which make you feel more connected to nature,” said Josh.

Going back to school, Josh earned a Master’s in Environmental Sciences and wrote his thesis on how to increase wildlife habitat in the Chicago River. “In Chicago, you see large numbers of geese crowded onto these very small pilings. While the water has become relatively clean thanks to dedicated effort by the city and various environmental groups, there is little habitat or food, so it’s not a highly functioning ecosystem.”

As part of his research, he installed a small floating garden and found a statistically significant increase in the abundance and diversity of fish using that habitat versus surrounding areas of the river. “I came to an ‘if you build it they will come’ type of conclusion,” he said.

Based on those findings, he cofounded the nonprofit Urban Rivers in 2014 with the goal of transforming city rivers into urban wildlife sanctuaries. “You shouldn’t have to go to the backcountry of Alaska to have this type of experience with nature. We can have it with thoughtful design in cities,” he said. 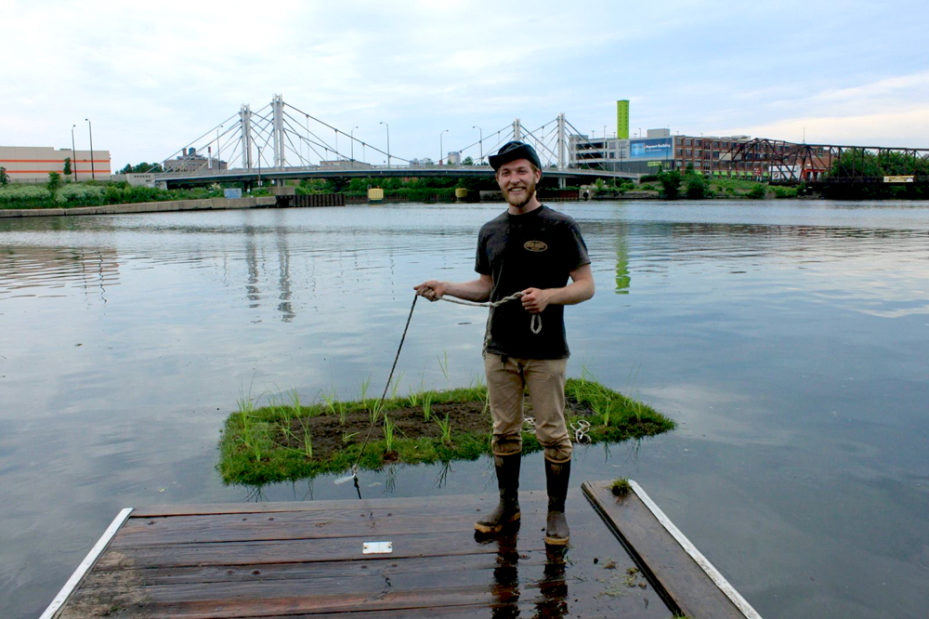 Through a Kickstarter campaign, corporate donations and grants, Josh and his team raised over $100,000 in 2016. The following year, they installed the initial 1,500 square feet of floating wetland and prairie habitat on the Chicago River, which was Phase I of the 2020 vision of a mile-long floating eco-park. Josh and the Urban Rivers team also raised funds for the first-ever user-controlled trash robot. Phase II of the “Wild Mile” will be installed next Spring, consisting of a floating forest, walkways, and additional wetland and prairie habitat.

“This started with one small installation and grew organically. Everyone wants to see this river come to life and we are on the path to completing our vision. Now, we want to do this globally and inspire similar projects around the world,” said Josh.

Not long after launching Urban Rivers, he made the decision to move to San Francisco. “I was feeling limited with access to resources and connections. I thought, ‘What if I had the right network, research, and knowledge to make a bigger impact?’ I could then come back to this path when I could have more influence. So, I joined a friend’s venture and led their startup community effort,” he explained.

As Josh was learning about business “on the fly,” he realized that he needed an MBA. “I’m trying to do bigger things globally at Google and Urban Rivers, and I wanted a network of accomplished and ambitious people. I also wanted to become more comfortable talking about money at a very high level and fill in gaps in my education in areas like economics, finance, and accounting. I came to Wharton for the education, network, and acumen I need to sit across the table from people who can deploy significant financial investment into a project and make them confident that I can manage it.” 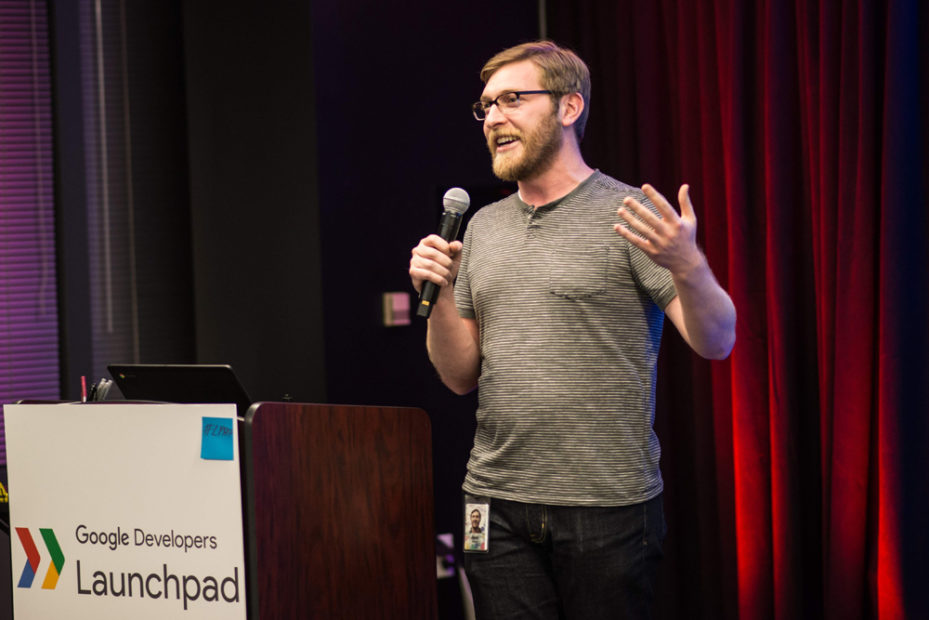 As a first-year Wharton EMBA student, Josh is already seeing benefits both for his job at Google and for Urban Rivers:

Content: “The content comes at you like a fire hose, but when I go back to work and have conversations, the knowledge is sticking. I can already connect a lot of dots between courses and see how it comes together.”

Network: “My network was pretty robust on the environmental and startup side, but I am now meeting classmates in finance, accounting, biotech, and a whole realm of industries where I had gaps. I can talk to classmates about professional challenges, share insights, and help others. It’s a very collaborative and supportive network. I’m also meeting people in the broader Wharton community who are interested in Urban Rivers, which helps to build momentum.”

Collaboration: “I formed a nonprofit thinking group within my cohort for people to solve nonprofit problems together. We are planning a series of talks where we look at challenges in the nonprofit environment as case studies, so we can help each other solve problems.”

Confidence: “The confidence I’m gaining in myself and that others have in me is invaluable. If I’m going to run a nonprofit and ask people to trust me with their money to do the work they believe in, they need to have confidence in me. This program gives me the credentials, so donors know I will use their funds to make a bigger impact and scale our mission.” 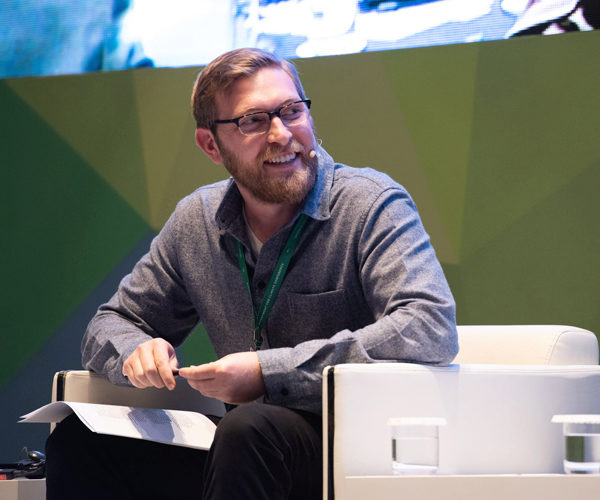 Currently
Head of Global Strategy and Operations, Launchpad at Google; Cofounder and Chair of Urban Rivers

Based In
San Francisco