Avoiding the Pitfalls of Drinking at Your Office Holiday Party

Should you drink at your office holiday party? If so, how many drinks is too many? Prof. Maurice Schweitzer weighs in on why work parties are so tricky and offers tips on how to navigate them.

Serving alcohol can make an office party feel more festive, but for employees, drinking can be a minefield they must navigate carefully. Maurice Schweitzer, Professor of Operations, Information and Decisions, and Professor of Management at Wharton, has studied how alcohol influences professional interactions. He spoke with Wharton Business Daily host Dan Loney about the many potential pitfalls of drinking alcohol at office parties.

Serving Alcohol Can Make a Party Feel Like a Treat

“Once we introduce alcohol, it makes the party feel much more social, much more festive. There’s a very big ritualistic component to the presence of alcohol. If you think about the settings that we’re in, just the mere presence of alcohol changes the way we’re thinking about what that event is. In some cases, maybe an ice cream social might be okay, but it’s just not as celebratory as something with alcohol. [Companies] want to create a sense of community, a sense of warmth, and break down some of the barriers and allow people to express themselves. There is something about a holiday party where we’re unmasking ourselves, and making ourselves more accessible, more relatable, and that can build relationships, build trust.” — Prof. Schweitzer

Drinking with Your Co-Workers Can Be Risky

“It’s a very tricky issue because we get used to certain norms around the office. And when we go into an office party, we’re basically transitioning into social norms. There’s this hybrid where we’re not exactly sure what the right norms are. One of the biggest minefields of the presence of alcohol is that it changes the way we interact with other people. We think about a social setting with alcohol as somehow different than our typical interactions. Alcohol consumption can do two key things. One is that it disinhibits us. Two, it impairs our judgment in a particularly important way, where we often don’t recognize how much it’s impaired us at very small levels.”

“Some companies are very deliberate about this. There was a Polish company that found their workers were getting so intoxicated at the holiday party that they decided to invite people to bring their spouses. When employees brought their spouses, they found that actually the total alcohol consumption dropped substantially and changed the dynamic in a way that helped them alleviate some potential problems. Ironically, adding more people to the party can sometimes help.”

1. Remember a company office party is still a work event.

“Work parties are a business event. It’s not a social event. And so we shouldn’t […] mistake it as something different. When we’re socializing with friends and drinking, or celebrating, that’s something we do in a social way. We think about social rules [when drinking] as norms where we’re less guarded, and maybe do things that we would otherwise like to do. Typically, when we go to work, we’re a little bit more constrained and we’re thinking about the impressions that we’re creating. The key idea is that when we’re at a work party, it is work.”

“[At a party], we’re still interacting with people who will be evaluating us, and people who we need to build relationships with. I want to think about this in two ways. One is, if you are an executive or manager […] and you want to make sure you’re still not crossing boundaries. Just because you think you’re now in a social setting, people subordinate to you are going to be looking at you with that power framework. Two, if you’re in a low-power position, recognize that these are still people who, on Monday or after the holidays, you report to. Managing those relationships as if they’re work relationships is really the key idea.”

3. Drinking can make you seem approachable — as long as it’s in moderation.

“[Bosses] are looking to humanize [their subordinates] and think about somebody’s warmth and relatability. By having half a drink, a drink, or participating and being social, that can create a very favorable impression. The concern, though, is that when people have three, four, or five drinks, they can do things that are really bad. That will create a long term negative impression. There are cases where people really crossed the line — vomiting, passing out, or making unwanted advances — and they got fired for it.” 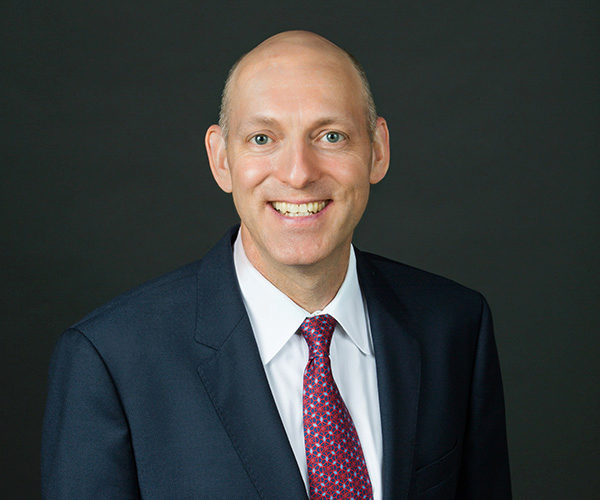 Maurice Schweitzer is a Cecilia Yen Koo Professor, Professor of Operations, Information and Decisions, and Professor of Management at the Wharton School at the University of Pennsylvania. His research focuses on emotions and the negotiation process. He has published over 70 articles in Management, Psychology, and Economics journals and recently co-authored Friend & Foe. Maurice is the academic director of Wharton’s Strategic Decision Making Mindset program and he teaches Advanced Negotiations in Wharton’s executive education, MBA, and undergraduate programs. Maurice has won several teaching and research awards, and he is the incoming president of the International Association for Conflict Management.