The Cluster experience begins with the Olympics, continues with Cluster suppers and events, and culminates in the Cluster Cup, which spans the entire year and incorporates academic achievement and social responsibility.

Under the blazing sun in Penn Park, first-year Wharton MBAs convened August 13 for the fifth annual Cluster Olympics. Far from the glory of the XXXI Olympiad in Rio, Wharton students sweated in a 110-degree heat index, competing in kickball, cornhole, and chess. They suited up in bright T-shirts, face paint, and even occasional lion, tiger, bee, and dragon onesies.

“The heat is definitely a factor,” said Nick Kim, WG’18, wearing the signature yellow and black striped socks of the Cluster 3 Bees. He was relieved to have signed up for bocce ball, which he said, is a “low-energy” sport.

Lauren Baker, WG’18, helped choreograph Cluster 2’s Dance-Off routine, which kicked off the Olympics in the raucous but air-conditioned Annenberg Center. She picked her event because of her background with dance teams, but found it was still a stretch experience because every member of her team brought a different level of expertise. 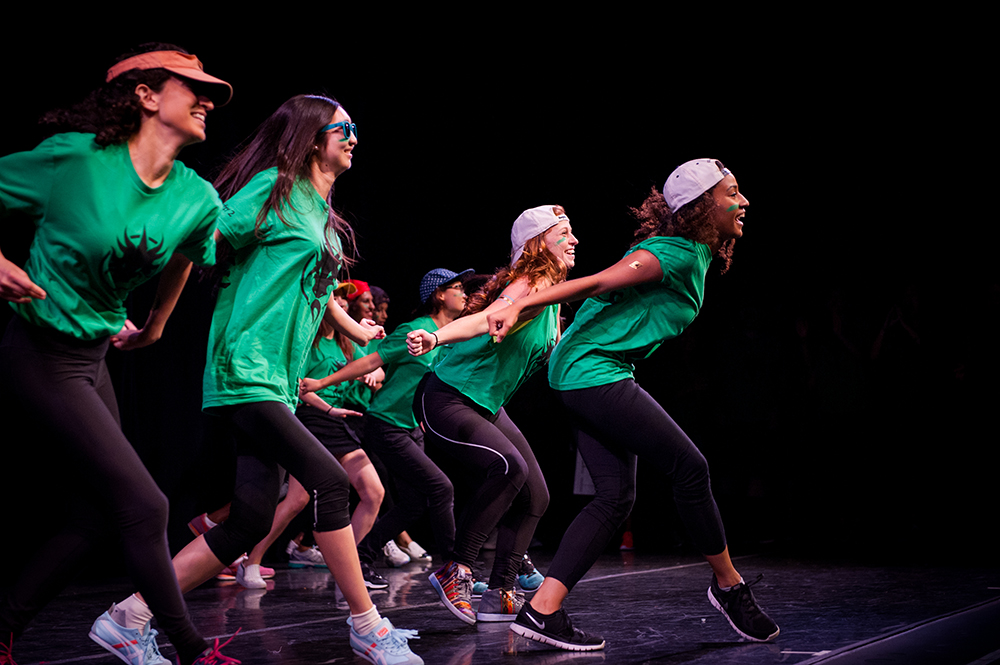 “The first 20 minutes of rehearsal was challenging,” she said. “I had to change the way I taught the steps.” The team’s efforts came together – her Cluster won the Dance-Off for the Dragons.

Tim Hill, WG’18, competed in dodgeball, which had been a frequent pastime at his last Navy command. “Competition builds a lot of camaraderie,” he said. “As long as no one takes it too seriously and knows it’s all in good fun, I’m all for trash talking and competing.”

The overall competition was a nailbiter, with Cluster 4’s Tigers pulling out the overall victory to earn the Olympic trophy. Highlights included the new coed Tug of War competition and a huge crowd for the bench press, won by Justin Tuck, WG’18, a former NFL defensive end for the Raiders and Giants. 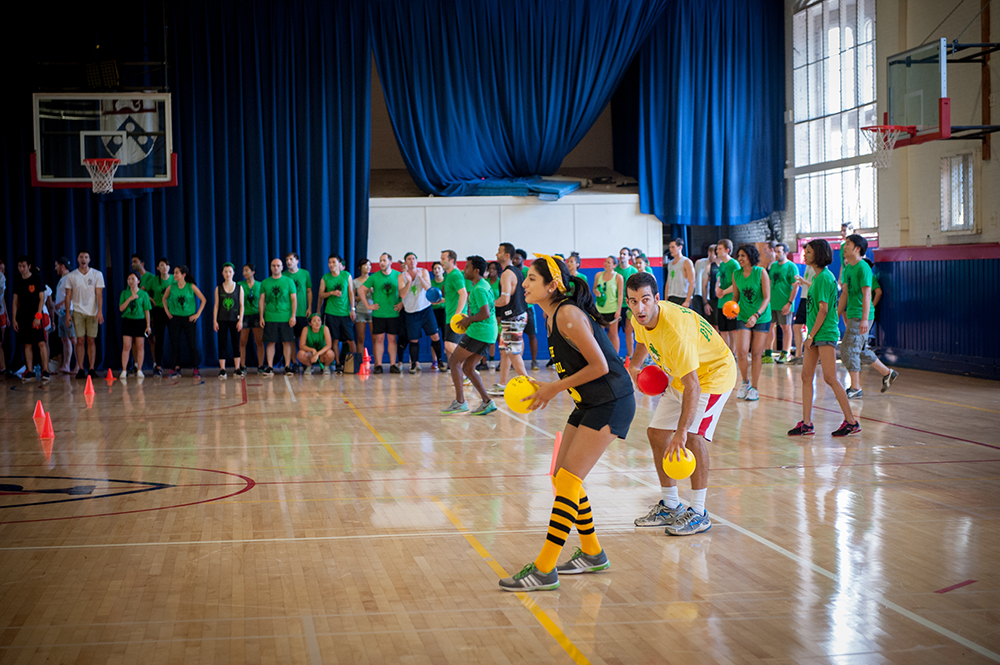 A Tradition That Took Off

The first Cluster Olympics took place in 2012 as part of the MBA curriculum redesign, when Clusters were launched, uniting three cohorts into four clusters of about 210 students. The idea was to cultivate a broader sense of belonging and facilitate more friendships and acquaintances, with one student life staff member and more than a dozen second-year Student Life Fellows facilitating for each Cluster.

It’s worked – the Clusters have strong bonds, traditions, and mascots (hence the lions, tigers, bees, and dragons). The Cluster experience begins with the Olympics, continues with Cluster suppers and events, and culminates in the Cluster Cup, which spans the entire year and incorporates academic achievement and social responsibility. Each Cluster wins points for every student on the Director’s List (top 10% of the class) and every victory at Quizzo or football.

“The Cluster Cup started out of our desire to do something big, exciting, and fun that would allow us to show off the newly opened Penn Park,” says Eric Morin, associate director of student life. “There are so many different games happening concurrently that there really is something for everyone.” 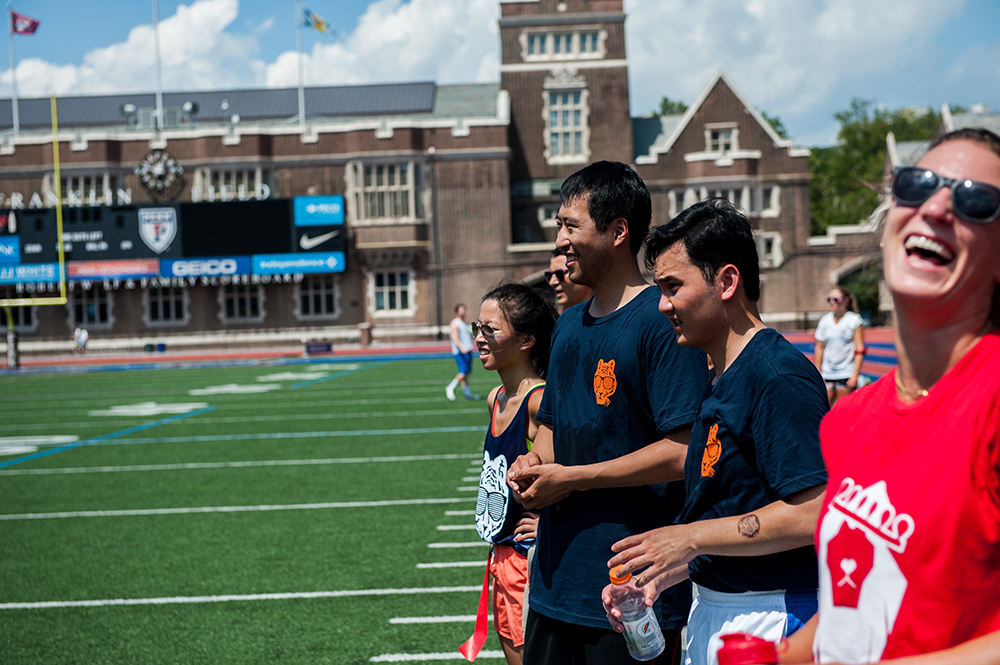 Allie Miller, WG’17, is an SLF this year for Cluster 3 who attested to the experience of competition. Last year, she said, her cluster tied for the Olympics with this year’s winner, Cluster 4, then later won the Cluster Cup, and, she joked, “not to mention ‘best friends forever’ champions.”

Which, of course, is the point. The goal of the entire cluster system is to help make a class of 850 feel more manageable, friendly, and close-knit. It’s also a way to change preconceived notions about what the Wharton experience will be.

“Huddling up to plan our Tug of War strategy to win the Olympics, screaming after every classmate’s or football touchdown, or getting kicked in the face by a soccer ball – these are small but meaningful moments,” Allie explained. “And while these moments may not immediately sound like ‘business’ or ‘school,’ they’re important for building teamwork and community.” 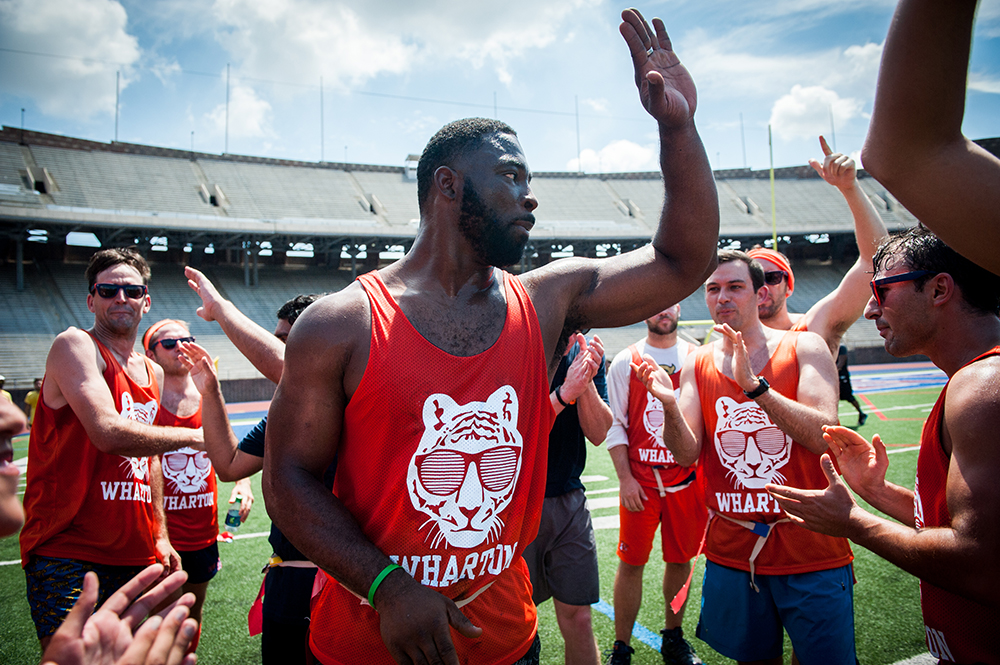 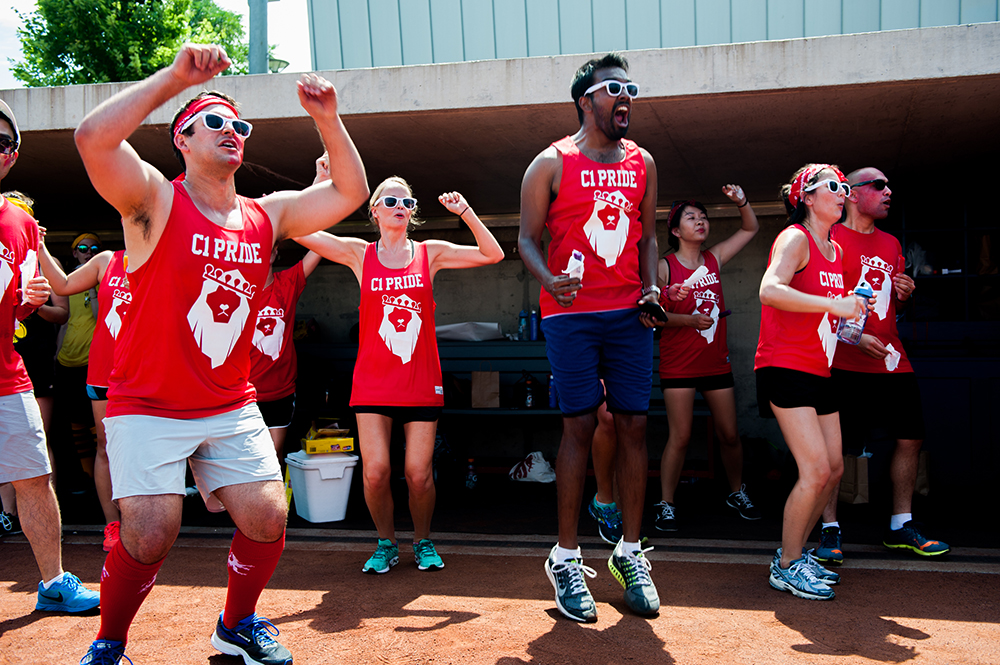