As we look ahead to 2020, Americans are likely to continue to see economic growth, at a slow and steady rate. Jeremy Siegel provides more context to what’s ahead for the markets.

Global markets had a great 2019, gaining more than $17 trillion in value. And while economic growth continues to gain ground, the pace appears to be slowing down, as we head into 2020. Wharton Finance Prof. Jeremy Siegel joined Wharton Business Daily host Dan Loney to discuss what’s ahead for the U.S. economy.

How is the economy doing?

“It’s pretty good. That said, I don’t think it’s a stretch to say that 2020, in stocks, won’t be as good as 2019. This year started out from a very low base because of that sell-off we had at the end of 2018, which is all because we feared the Fed was going to raise rates. The Fed lowered rates instead, so that calmed the market. I think in 2020 we’re going to get much more moderate type of stock returns. I’m predicting zero to 10 percent on the market.”

“In December, the Federal Reserve gives out something called the Dot Plot, which is a prediction to all 19 Federal Open Market Committee members of what they think the federal funds rate is going to be at the end of the next three years. [Looking at 2020] only four members thought we should get a 25 basis-point-rate hike and all the others said, ‘We’re going to keep it as it is.’ I have never seen such unanimity at FOMC. So, we will have a positive slope back on the term market. It’s not going to be as positive as it was years ago, but it shouldn’t be. It should be much flatter, but it is positive… So, we do have that positive slope and that’s a real comfortable place for the market. The bond market isn’t crying out for anything. And look at GDP, it’s not gangbusters, but it’s running at 2 percent a year and going into 11, 12 years into an economic expansion, that’s not terrible.”

Is a recession on the horizon?

“Well, there was a big flare-up in October. First of all, we had an inverted term structure, which was a danger signal. We also had the manufacturing indexes really began to tank. They’re not healthy now, but they have recovered what’s called the Purchasing Managers Index. The sensitive indicators — what’s called the weekly Jobless Claims — are fine and they’re very sensitive early indicators of a recession. So I don’t see any recession indicators out there at all. And in fact, I look at a lot of banks and economists’ probabilities of recession. Everyone that I’ve watched has gone down from September and October to where it’s not zero. But I would say right now if you’d say, ‘Is a recession going a start in 2020?’ I’d say the chance is about 20 percent.”

What are some weak areas for the 2020 economy?

“One area that’s really been weak is oil and gas, but it’s already been punished in the equity market. There’s going to be some defaults in the energy market, but at this point, most market technicians think that area is going to be weak, but don’t see it spreading elsewhere.” 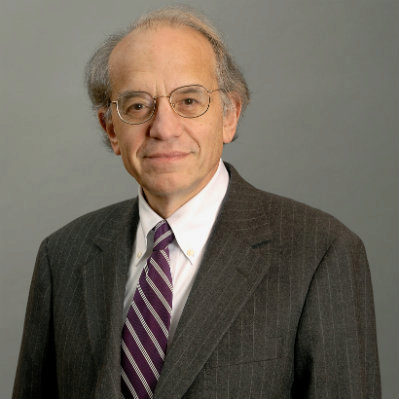 Jeremy Siegel is a Russell E. Palmer Professor of Finance at The Wharton School of the University of Pennsylvania. Prof. Siegel is co-host of the Wharton Business Radio show Behind the Markets. He is a world-renowned expert on the economy and financial markets. The author of the award-winning investment classic Stocks for the Long Run, now in its third edition, he recently expanded that book’s ideas in The Future for Investors: Why the Tried and the True Triumph Over the Bold and the New. A frequent guest on CNN, CNBC, NPR, and other networks, he is a regular columnist for Kiplinger’s and Yahoo! Finance and the winner of dozens of awards for his research, writing, and teaching. Professor Siegel served for 15 years as head of economics training at JP Morgan and is currently the academic director of the U.S. Securities Industry Institute.